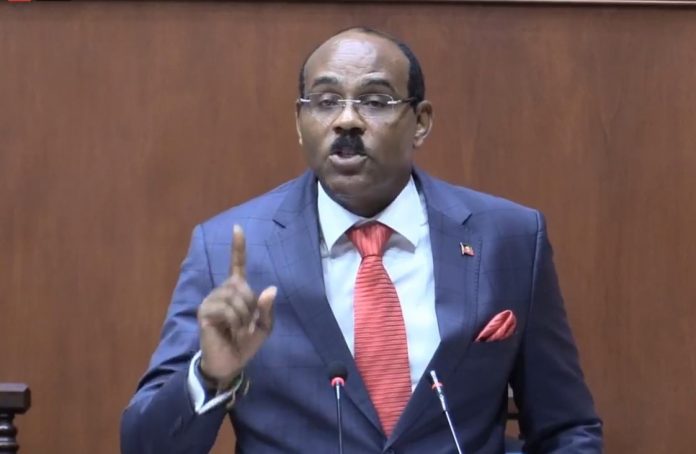 Pointe Xpress: Prime Minister Gaston Browne has dismissed suggestions that the November 1 LIAT flight from Antigua to Dominica cost $150,000 and was a waste of money.

The Independence Day flight was the first in six months for the Antigua-based airline after its entire fleet was grounded and almost all its employees at all levels laid off due to the coronavirus pandemic.

Late in the day on October 30th, LIAT was notified that authorities in Dominica had doubled down on their rules for admitting incoming air passengers who now need a negative PCR test for COVID-19 prior to arrival.

This meant that passengers on the November 1 flight would not be able to disembark as sufficient time was not available to complete the required testing.

LIAT decided to proceed with the flight, for its inspirational significance and marketing impact, which triggered debate over whether the flight should have been cancelled in order to save money which is already a scarce commodity for the airline.

The flight, which departed Antigua with fewer than 10 persons who did not disembark in Dominica, was also unable to board passengers wanting to depart on the flight’s return to the V.C. Bird International Airport.

Said PM Browne, “There are some people who felt that the fact that LIAT continued with that flight, which was initially intended to be a commercial flight, there are some who are trying to argue that it’s a waste of resources. Let me place this issue into context.

“Generally speaking, based on the fact that LIAT has reduced its overhead costs tremendously, to include its lease payments, staff costs and so on, a flight to Dominica ordinarily would [cost] LIAT about EC$10,000 return. We had a number of individuals booked. My understanding is that LIAT can now break even with about 12 passengers, but because the protocols were changed in Dominica and they would have to get a COVID test almost overnight, it was impossible to pursue the commercial flight.”

According to the prime minister, by October 31, LIAT had made all required preparations “and all of the costs associated for that flight into Dominica, barring maybe, the petrol, there would have been some costs that were already incurred and could not be recovered, so their only additional costs would have been the fuel.”

Browne said information he received indicated that the fuel consumption for the Independence Day flight amounted to between US$800 to US$1,000. He concluded that the publicity and promotion LIAT received as a result of that flight was more than worth the minimal costs involved.