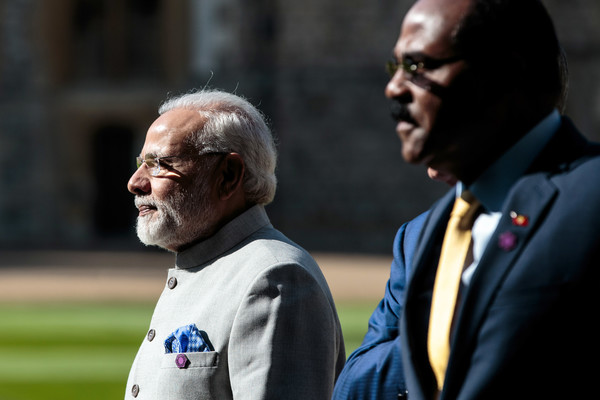 On Tuesday, Antigua and Barbuda’s Prime Minister, Gaston Browne, congratulated India on its 70th Constitution Day in a video message posted on his official twitter page. He hailed India’s democratic traditions and talked about how India’s Constitution Day was celebrated across the world especially, Antigua and Barbuda. “Long live the people of India. Long live India. Long live India’s democracy,” he said.

“India’s Constitution Day is celebrated all across the world and by Antigua and Barbuda, in particular, given India’s inevitable role in bringing freedom and democracy to millions around the world,” the prime minister said in a video message posted on his official Twitter page.

Antigua Browne also spoke about the history of British India and how the country reestablished its sovereignty in 1947. He then addressed how a year later in 1948, as a member of the United Nations, India brought up the issue of apartheid in South Africa to the attention of the world body. “India was determined to see freedom spread throughout the world following its unrelenting opposition to colonial rule,” he stressed. He spoke about how the disintegration of colonialism globally was actually pioneered by India after it spearheaded the adoption of the UN resolution.

The PM of Israel Benjamin Netanyahu also congratulated India on its Constitution Day tweeting to PM Modi’s Twitter account. “Congratulations to my dear friend Prime Minister @NarendraModi and the people of India on the 70th anniversary of India’s Constitution Day. India is the largest democracy in the world. Your landmark constitution combines East and West, reflecting India’s unique history & culture. India and Israel share the values enshrined in your constitution: democracy, rule of law, liberty, and equality. Our countries are both vibrant democracies, proud of our achievements, eager to seize the future with innovation and imagination. Happy Constitution Day, India!” said the tweet.