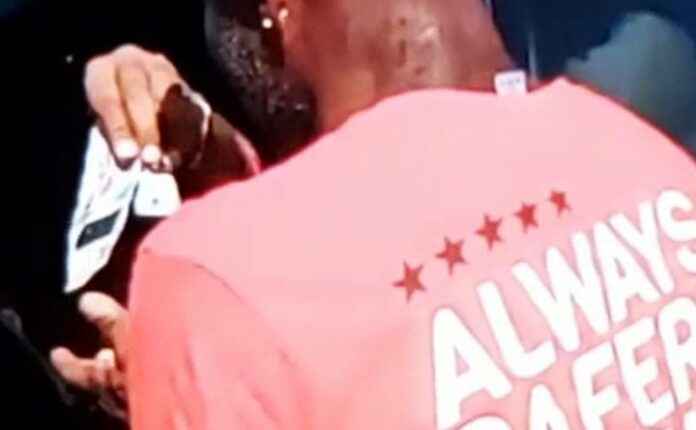 REAL NEWS: “Disgraceful,” “Distasteful,” and “Bribery” are just some of the words used to describe Prime Minister Gaston Browne’s behaviour on Saturday, October 15, when he was captured, on video, handing out cash during the “Small Business Pull-up” staged by the United Progressive Party (UPP).

On Friday, October 14, the UPP’s Candidate for St. John’s City West, Alister Thomas, had alleged that Browne had been in the constituency the night before – giving out money ahead of the small-business support initiative.

Some persons say Browne’s action is a decades-old practice from the Antigua Labour Party (ALP) playbook for securing votes.  Others see it as “treating” ahead of the general elections, which are constitutionally due in March 2023.

While it might be said that the Prime Minister’s actions were not illegal and that they did not take place on Election Day – to suggest treating – one woman believes this inference can be strongly drawn.

Accordingly, she says the Antigua and Barbuda Electoral Commission (ABEC) should look into this incident and lay out ground rules for political parties and candidates to follow.

Meanwhile, a man says that Browne continues to demonstrate his bullying and intimidation tactics by deliberately showing up when the UPP event was taking place.

He notes that, in areas where the caravan has already been, no other Labour Party candidate has turned up to menace the people.

The man adds that the ALP believes money is the solution to everything, and that it cannot win an election fairly – without resorting to buying votes.

Meanwhile, Alex Browne, the UPP Candidate for St. Phillip’s North, says that residents who choose to take money or jobs from Labour Party candidates should not feel obligated to vote for them.

He reminds voters that they are receiving such money and work only in the lead-up to an election; however, they were made to suffer for the past two years during the COVID-19 pandemic.

Saturday’s Pull-up was the Party’s eighth edition of the exercise, which is geared at stimulating economic activity among small businesses.