Antigua and Barbuda’s Prime Minister Gaston Browne has written to US President Joseph Biden, requesting that CARICOM countries be included in the provision of AstraZenica vaccines to Canada and Mexico.

Pointing out that the Caribbean is the third border of the United States, Browne argued that as the safety of the US would be imperilled if Canada and Mexico are not inoculated to achieve herd immunity, similarly the US would remain at risk if CARICOM countries are neglected.

Prime Minister Browne explained to President Biden that the Caribbean region “is among the worst affected by the COVID-19 pandemic”.  Consequently, he said “our economies have experienced shrinkage of up to 30 per cent; unemployment has risen to over 50 per cent in some cases; poverty has expanded everywhere; and our revenues have declined precipitously, forcing us to increase debt which we have had to incur at high rates of interest”.

Browne asserted that “the Vulnerability of states must become an important criterion in the provision of vaccines, and the Caribbean region is among the most vulnerable in the world”.   Describing the economic impact of the pandemic as “overwhelming”, Browne said: “Many Caribbean countries are in danger of collapsing from a massive economic sclerosis”.

The Caribbean leader added that “If these conditions are not addressed soon, we face a crumbling of our security systems from which drug traffickers, money launderers, people traffickers, and organised crime will take advantage to the detriment of our countries and of the US.  Inevitably, there will also be a surge of refugees”.

Browne implored President Biden “to take account of the Caribbean – the third border of the US – in his plan to make the US safer by contributing to the safety of its neighbours.  “For instance,” he said, “it would take only a few hundred thousand vaccinations to inoculate 80 per cent of the seven countries of the Organisation of Eastern Caribbean States (OECS).   Reaching herd immunity would also be an excellent testing ground by which the US could judge the efficacy of herd immunity”. 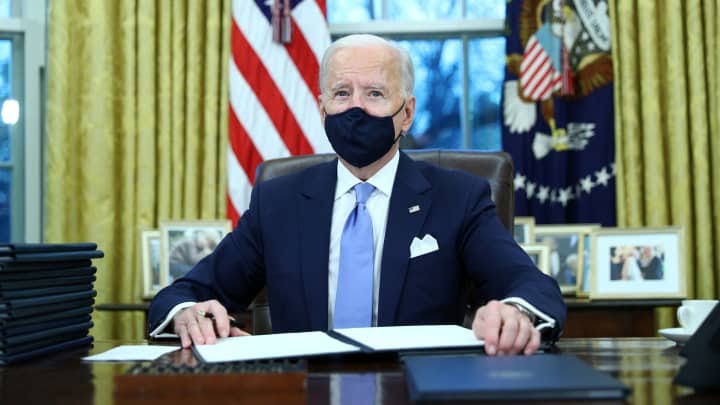 The Antigua and Barbuda Prime Minister stressed to the US President that some CARICOM countries have been able to inoculate a small percentage of our population only because of the kindness of the Government of India that provided 500,000 doses of vaccines.  And, he emphasized that “negotiations with vaccine producers are difficult because supply is limited, and prices are high”.

Prime Minister Browne has advised his colleague Heads of Government of CARICOM of his letter to the US President, urging them to write in a similar vein.