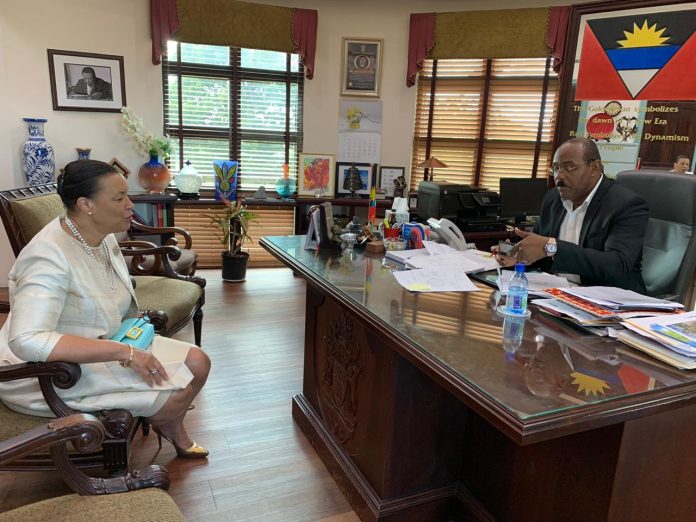 Prime Minister the Hon. Gaston Browne has announced that his government will support the bid of Baroness Patricia Scotland to seek a second term as Secretary General of the Commonwealth.

“With the support of all of CARICOM and I believe that we had unanimity in the decision to support her and with the African states that we understand are also supporting her along with a number of states in Asia, we are pretty sure that she will have the majority support when we deal with this issue in Kigali in June of this year. So in terms of probability, I believe that she would more than likely maintain her position as the secretary general of the Commonwealth,” noted Prime Minister Browne.

During a recent meeting in St. John’s with Baroness Scotland, she assured Prime Minister Browne that she will continue to work assiduously in the interest of the 54 countries of the Commonwealth.  She said that she has been honoured to serve the Commonwealth and is looking forward to continue the work started four years ago.  “It was pleasurable to see that hard work that we have all been doing and engaged in to be applauded and appreciated by CARICOM, even though you don’t do things for applause and appreciation,” she recently told reporters in Barbados. 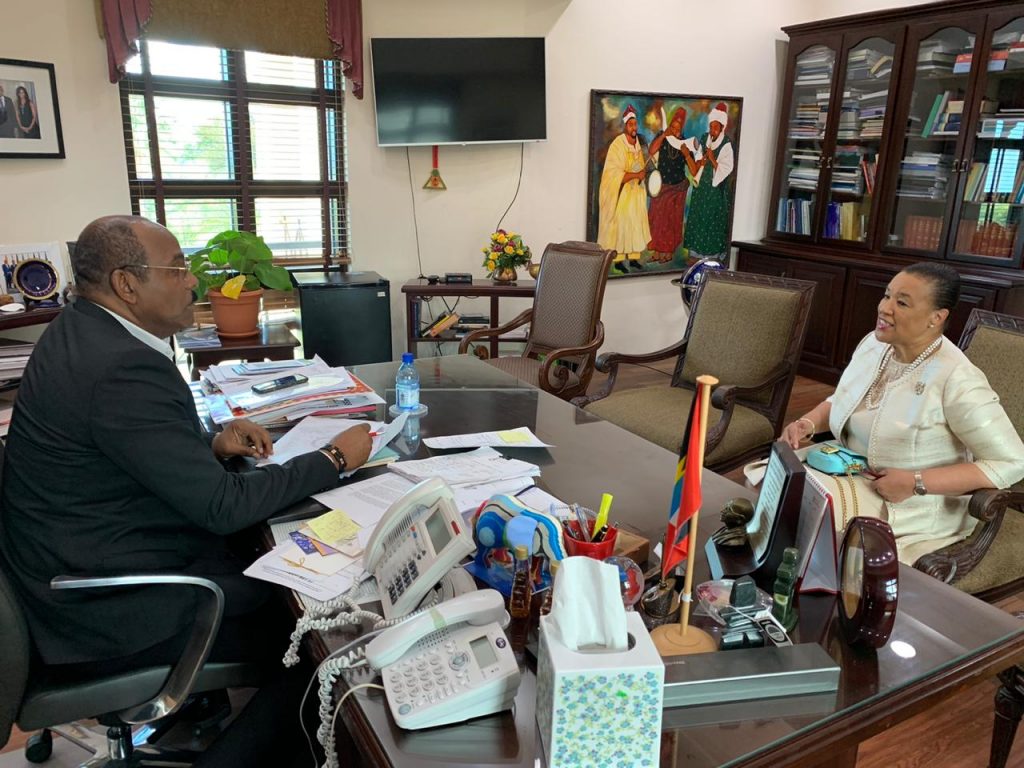 “Baroness Scotland is and has been the candidate proposed by Dominica, Antigua and Belize and I wish I was there because Barbados would have been one of the proposers too, let me state that for the record. We are happy with the work that she has done for the countries of the region. We are happy with the work she has done for countries in the Pacific and Africa. We believe that every other Commonwealth Secretary General, has performed perhaps not as much, had the benefit of a second term,” said Prime Minister Mia Mottley of Barbados following the CARICOM Meeting last week, during which Prime Minister Browne gave his support for Baroness Scotland’s second term in Office.