Prime Minister Gaston Browne said former Prime Minister and National Hero Sir Lester Bird should not be denied respect and reward because of his “past indiscretions”.

The Prime Minister was speaking on Monday at a ceremony to rename Mount St. John’s Medical Center in Sir Lester’s honour.

“Today, we’re not here to reflect on his indiscretions. All of us at some point in our lives would have had some level of indiscretion. We’re not perfect beings,” Browne said.

He added, “there are some individuals who would have gone beyond the call of duty to serve and empower the people and Sir Lester is certainly one of those individuals and no one can refute the fact that his contribution is second only to Sir Vere Cornwall Bird.

The Prime Minister said some people in the society “continue to undermine the contributions of individuals who would have given practically all of their productive lives towards the socio-economic development of this country.”

He insisted that “we ought to respect and reward those who would have served in the vineyards for decades and we should not seek to discard them out of convenience.”

“These are individuals who should be made into national icons and should be revered,” he said.

Browne recalled some people second-guessed his government’s decision to knight and confer National Hero status on Sir Lester in 2014.

“Many of them looked at his past indiscretions but I remind us all that none of us are perfect and as the bible says; he who has not sinned cast the first stone”, he added.

Browne described Sir Lester as one of the country’s most talented citizens.

“There’s hardly any other person that would have made such significant contributions in different aspects of our development; in law, in sports, in politics, in governance, you name it. A multi-talented person whose achievements and contributions should be celebrated by all and I repeat for emphasis, don’t tell me about his indiscretions, we’re here to celebrate his contributions and his contributions are only exceeded by his late father Sir Vere Cornwall Bird Sr,” he insisted. 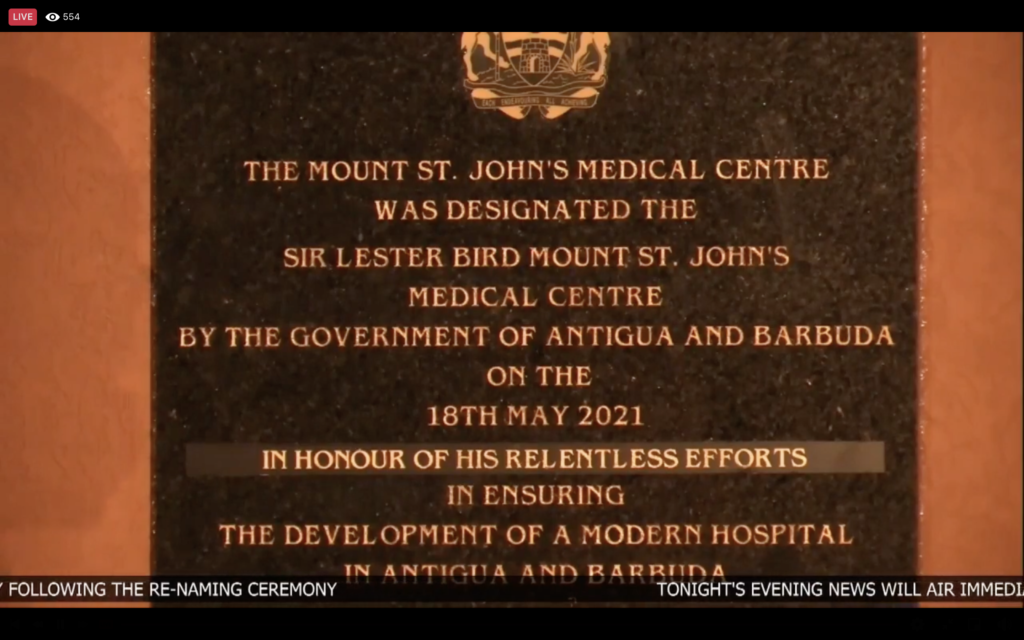