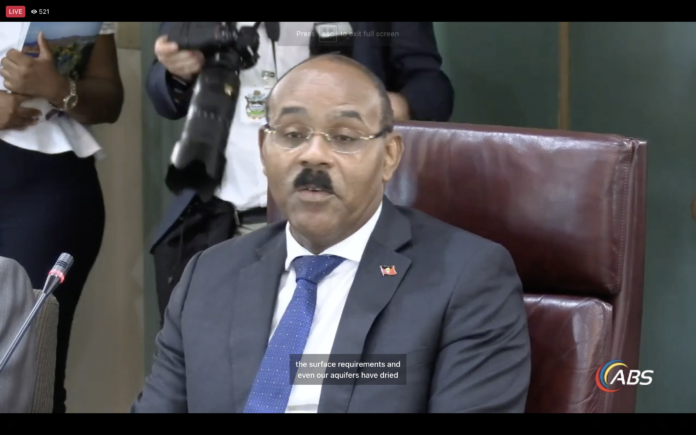 Prime Minister Gaston Browne says Antigua and Barbuda intends to be a Republic in the future but that there are no immediate plans to do so.

Listen to him here during a special Cabinet meeting to welcome visiting Royals, the Earl and Countess of Wessex.

Antigua and Barbuda’s prime minister has told the Earl and Countess of Wessex his country wants to “one day become a republic.”

Talk of nations in the Caribbean breaking with the monarchy to become a republic has intensified since Barbados replaced the Queen as head of state with a president last year.

And in March, Jamaica’s prime minister Andrew Holness suggested to William and Kate that his country may be the next to become a republic during the couple’s tour of the Caribbean.

It has put added significance on the Wessexes’ tour, as the pair were urged to use their “diplomatic influence” to achieve “reparatory justice” for the island of Antigua and Barbuda.

Gaston Browne, the country’s prime minister, told the earl and countess it is the country’s wish to “one day become a republic”. ITV