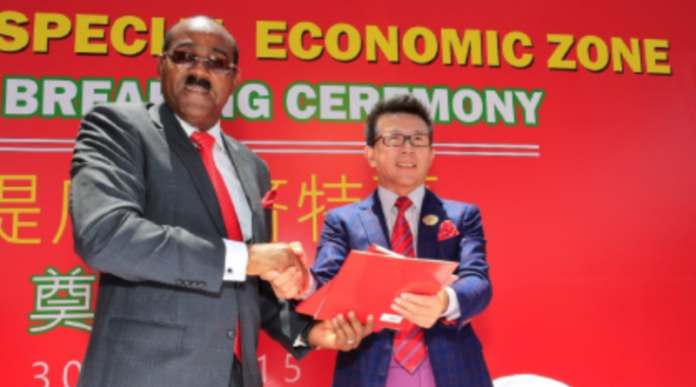 The United Progressive Party (UPP) is calling the Gaston Browne Administration onto the carpet to account for over 26 development projects it promised the people during its nearly nine years in office.

The UPP notes that the Antigua Labour Party Government has failed to deliver over 3,000 new hotel rooms; 6,000 construction jobs; 7,000 permanent jobs; and injections totalling over US$5 billion into the local economy.

In a statement issued today, August 18, the UPP says the Browne Administration “has amassed the highest number of failed projects under any government in the history of Antigua and Barbuda – likely the poorest track record in the world.”

Amidst the current unemployment and underemployment crisis, the UPP is calling on the Government to provide updates or progress reports on these ventures – which, it says, has irresponsibly dashed many residents’ hopes and dreams of long-term prosperity.

The Party notes that these 26 major projects were announced by senior government officials during successive Budget presentations.

They include the Beaches Resort by Sandals Resorts; the Half Moon Bay Hotel; the Morris Bay/ Callaloo Cay Project; the Long Bay Hotel Resort by Ocean Jewels; the Valley Church Hotel that became the Calvin Ayre Wellness Resort; the Marriott Autograph Hotel at Yeptons; and the Beach Club at Fort James by Royal Caribbean Cruise Lines.

Other failed ventures, the UPP points out, are the NAMCO acquisition of Jolly Beach Hotel; the Best Western Hotel at Jolly Harbour; the Marriott Courtyard Airport Hotel; the Mike Tyson Hotel; the YIDA Project; the Willoughby Bay Project; and, most recently, the Western Imperial Special Economic Zone (WISEZ).

Among the other stillborn developments are the Paradise Found and Armand Hotels on Barbuda and the US$300 million hotel and conference centre by an unnamed investor from Holland.

The full list of projects that have failed to materialize can be found on the UPP’s social media pages.

Meanwhile, Political Leader Harold Lovell says, “It is clear … that the Administration is either failing to attract the right kind of investors or failing to properly nurture investments which have the potential for success.”

Further, Lovell says, the Administration’s refusal to cooperate with the experts at the Antigua Barbuda Investment Authority has contributed to its litany of failures.

If even a quarter of these projects had found success, he says, the country would have been more resilient in its post-pandemic recovery.

Prime Minister Browne, himself, has acknowledged that the country is in an unemployment crisis.

During the 2021 Budget Presentation, Browne, the Minister of Finance, said that “figures from the Social Security Scheme indicate a decline of nearly 40 per cent in the number of contributors.”

He added that this translated to about 11,000 fewer employed persons than at the start of 2020.

“The rapidly growing list of failed projects confirms that the ALP Administration is incapable of reducing unemployment and providing adequate jobs for the thousands of school-leavers and returning graduates,” the UPP’s statement concludes.