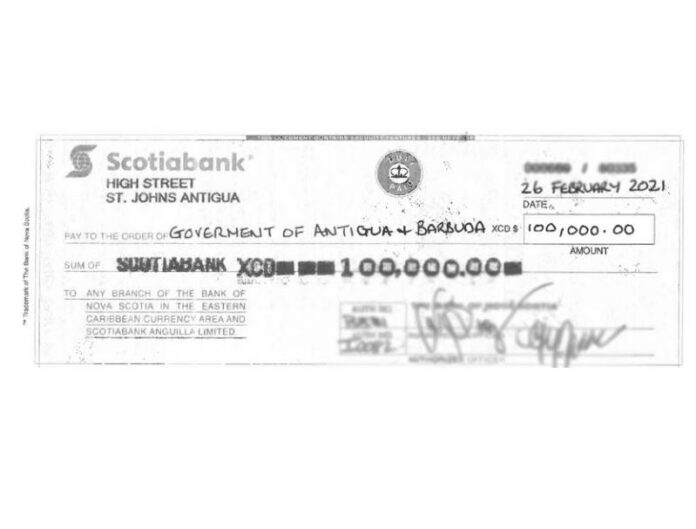 Prime Minister Gaston Browne said that he had donated $100,000 towards the government’s vaccination programme.

Browne disclosed his donation on Monday following the ceremony to mark the arrival of India’s contribution to Antigua & Barbuda of 40,000 doses of the Oxford/AstraZeneca Vaccine.

The prime minister responded to a reporter’s question regarding the possibility of setting up a fund for private individuals to contribute to the vaccine effort.

“We have not launched a formal program of solicitations, but we’ve had a number of citizens who have generously contributed funds towards acquiring vaccines,” the Prime Minister said.

“So, for example, the Hadeed Group of Companies, they have donated $270,000. We’ve had another $270,000 from a group, which was coordinated by Fosto Faderelli and several other individuals who contributed,” he added.

“In fact, I will now formally disclose too that I would have made a contribution of EC $100,000 on behalf of my family. So, so far, we have collected in excess of $1,000,000 that will go toward vaccine purchases,” Browne revealed.