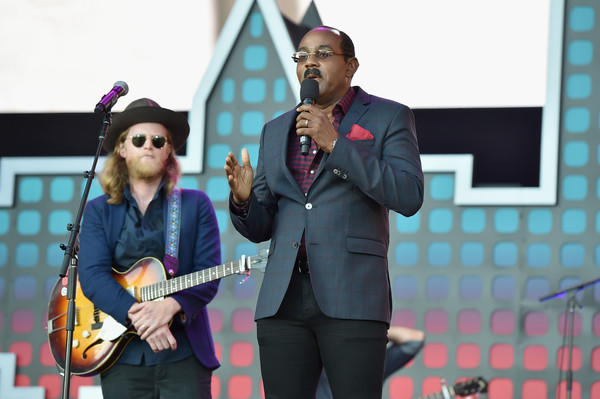 UNITED NATIONS – New York, USA – 24th September 2022…….Prime Minister the Hon. Gaston Browne is one of the main speakers at the annual Global Citizens Festival being held this evening in Central Park, New York on the margins of the United Nations General Assembly (UNGA).

Prime Minister Browne will expand on the topic of Climate Change and Loss and Damage which he highlighted in his country statement at the UNGA on Friday.

Prime Minister Browne will appear at approximately 6:25 pm local time on the concert stage featuring international artistes including Mariah Carey, Usher Charlie Puth and Metallica; with hundreds of thousands in attendance and witnessing online at https://youtu.be/JhlQKgiJH00

During his presentation at the UNGA on Friday, Prime Minister Browne outlined that although, collectively, SIDS contribute the least to CO2 emissions, they are the greatest victims, not only because of unattended loss and damage to lives and livelihoods, but also because the very existence of countries is fatally endangered.

“The effects of global warming are universal; they reach every country.
But it is vital that we all understand that, in as much as global warming is universal, its damaging effects are not the same; the burden falls mostly on the poor in small developing nations, such as mine,” PM Browne stated.

He said, as Prime Minister of Antigua and Barbuda, he will continue to stand up for the rights of his people, including their right to livelihoods and to life.

“My voice cannot be stilled while danger gathers in the skies above my small and vulnerable country.  I have no choice but to fight unrelentingly for climate justice,” PM Browne concluded.