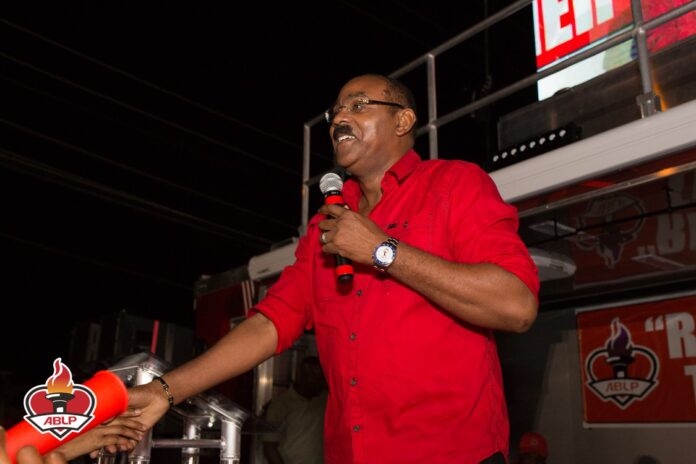 POINTE XPRESS: Speculation that there could be an electoral upset in Antigua and Barbuda at the next general election, similar to that which was witnessed in Grenada last week, has been dismissed by the Political Leader of the ruling Antigua and Barbuda Labour Party, Gaston Browne.

Speaking with Pointe Xpress, Prime Minister Browne said the situation in Antigua and Barbuda differs greatly from that of Grenada. “I don’t know that the UPP is in a position to say that they have younger leadership than the ABLP.

The prime minister said it is clear that the Grenadian people voted for the future, but he can’t see that voting for the Lovell-led UPP would have the same result in Antigua and Barbuda.

He expressed the view that his government has been far more impactful on the lives of Antiguans and Barbudans than the deposed New National Party government in Grenada.

“You’re not comparing similar conditions. In fact they are quite contrasting in favour of the ABLP. “I believe too, that the quality of the team led by young Mitchell in Grenada is far superior to what Harold Lovell has presented. We all know that what they have presented is a group of losers and charlatans, individuals with not much to contribute to national development,” Browne observed.

He maintains that the people of Antigua and Barbuda are intelligent and have demonstrated great wisdom in making decisions in their best interest.

“You have a government that has performed, has made some major decisions such as bringing the UWI campus here as well as growing the national economy by an average of over 5 percent for the last eight years, except for the year impacted by the pandemic,” he stated.

Based on the performance of his government, PM Browne is confident that the people of Antigua and Barbuda will demonstrate continued support for the ABLP when the polls are called.

The ABLP’s political leader revealed that the party’s manifesto will not contain “mundane plans”. Rather, it will deliver what he termed a “next level” development vision for the country