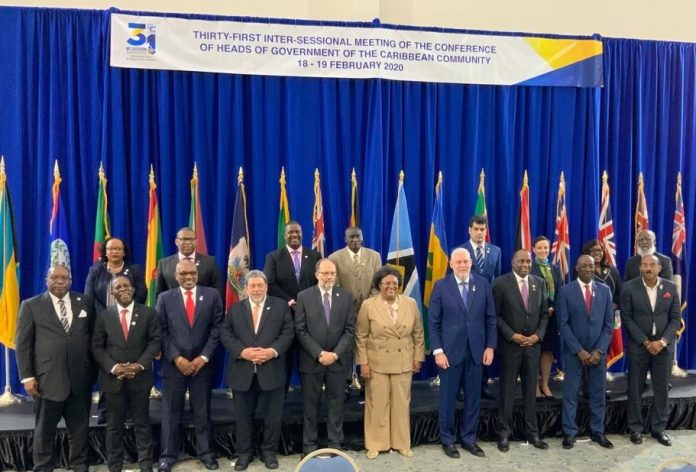 Prime Minister the Hon. Gaston Browne is today leading Antigua and Barbuda’s delegation to the Thirty-First Inter-Sessional Meeting of the Conference of Heads of Government of the Caribbean Community, CARICOM in Bridgetown, Barbados.

Prime Minister Browne who arrived in Barbados on Monday, said that the two-day meeting has a packed agenda that includes discussion on the CARICOM Single Market and Economy, crime and violence issues, CARICOM advocacy against Blacklisting, de-risking and withdrawal of correspondent banking services and the establishment of a CARICOM diplomatic office in Kenya.

Preceding the start of the official meetings, the country leader attended and spoke at a special retirement reception for the former Chairman of LIAT (1974) Limited, Dr. the Hon. Jean Holder.  He noted that Dr. Holder has served LIAT and the region well and has navigated LIAT through some of its most difficult periods and the region owes him a debt of gratitude.

The Heads of Government will also discuss a proposal for a declaration of a fourth international decade for the eradication of colonialism 2021-2130,  the election of the Secretary-General of the Organization of American States and the Chairmanship of the Group of 77 and China.