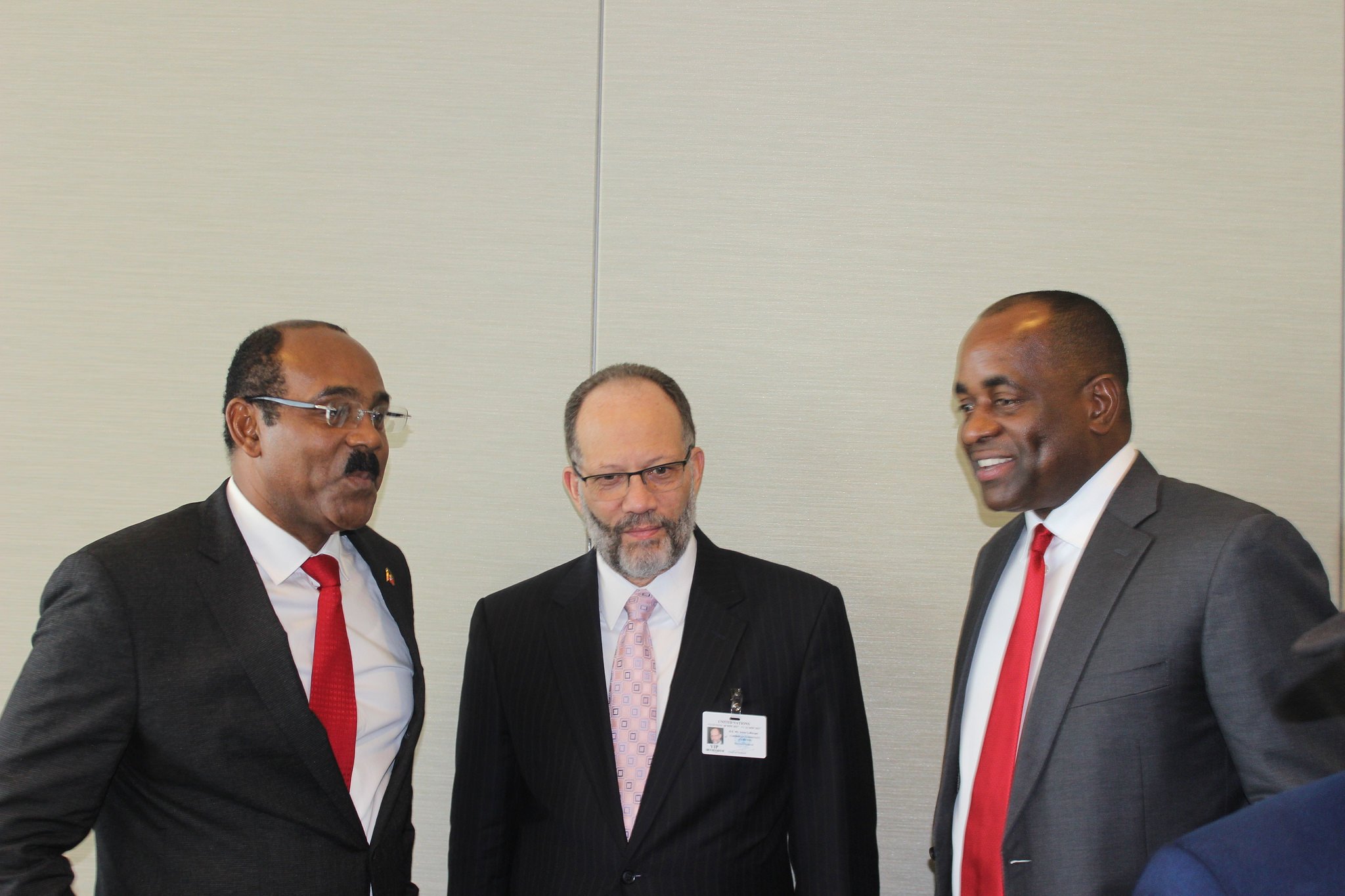 Prime Minister Gaston Browne is leading a delegation to the 39th Regular Meeting of the Conference of Heads of Governments of CARICOM in Montego Bay, Jamaica.

An Opening Ceremony will be held on Wednesday 4 July from 4:00 pm (Jamaica time).  The Conference will welcome its newest Member, thePrime Minister of Barbados, Hon Mia Mottley, who was elected to office following the country’s May 24 General Elections.

The Conference will also welcome back Prime Ministers Dr Hon Keith Mitchell of Grenada and Hon Gaston Browne of Antigua and Barbuda who were re-elected to office in general elections held on 13 March and 21 March respectively. These Heads of Government will address the Opening Ceremony along with the outgoing Chairman of the Conference, President Jovenel Moise of Haiti; the incoming Chairman, Prime Minister Holness; and CARICOM Secretary-General Ambassador Irwin LaRocque.

Heads of Government will meet in Plenary and Caucus on 5 – 6 July to deliberate on a range of critical matters for the Caribbean Community, including measures impacting the implementation of the CARICOM Single Market and Economy (CSME),  Crime and Security in the Region, building post-hurricane disaster resilience, and emerging geo-political developments which can have an impact on the Region’s growth prospects. They will also receive and discuss the final report on the CARICOM Commission on Marijuana.

The Heads of Government will meet with the President of Chile, HE Sebastían Piñera Echenique. President Piñera is no stranger to the Community as he met with CARICOM Heads of Government during his first Presidency in 2012.  Areas of common interest include disaster management, climate change, and sustainable use of oceans.
The Heads will also meet with the new President of Cuba HE Miguel Díaz-Canel Bermúdez. This will be the first opportunity for CARICOM as a collective to engage their Cuban counterpart on CARICOM-Cuba relations and on issues of mutual importance.

On Wednesday 4 July, ahead of the Opening Ceremony, there will be a meeting of the Council for Finance and Planning (COFAP) which has responsibility for economic policy coordination, and financial and monetary integration. The Council, comprising Finance and Economic Development Ministers, will present its economic policy recommendations to the Heads for deliberation.

The Prime Ministerial sub-Committee on External Trade Negotiations, under the Chairmanship of Prime Minister Holness of Jamaica will hold a breakfast meeting on Thursday 5 July to consider critical issues pertaining to the Community’s trade relations with Third States.

Ministers responsible for disaster management and recovery will meet on Wednesday to examine issues emerging from the 2017 Hurricane season. This meeting of the CDEMA Ministerial Council will also consider the pathway towards resilience within the CARICOM Region. The Meeting of Ministers will be preceded by a session involving Technical Officials on Tuesday. The Heads of Government will consider recommendations coming from these deliberations as the Region seeks to build disaster resilience.

Heads of all fifteen Member States are expected to attend the 4-6 July Meeting. The five Associate Members will also be represented.