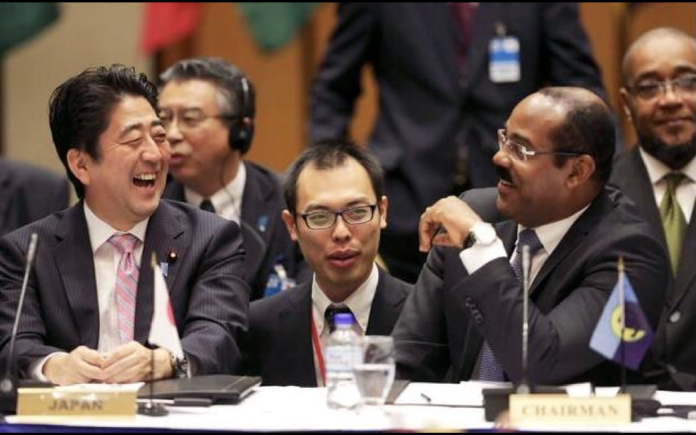 Prime Minister the Hon. Gaston Browne has expressed shock at the assassination of former Prime Minister of Japan, Shinzo Abe on Friday who was shot at a campaign event in the western city of Nara, near Kyoto, an attack which has shocked Japan where gun violence is virtually nonexistent.

“In that meeting, we made significant progress on a number of areas of cooperation, even in the area of climate change and that was as an area in which we agreed to cooperate fully. As you know, Japan, Antigua and Barbuda have had very strong bilateral relations for over 40 years from since independence, and they have helped us to build capacity in a number of areas. In fact, the fish landing and distribution facilities that are scattered throughout the island, those facilities are funded by Japan including the one in Barbuda,” noted Prime Minister Browne.

“The Government and people of Japan have been very kind to the people of Antigua and Barbuda. And we certainly share deeply in this senseless loss in which an individual committed this most unfortunate and very senseless act and would have literally snuffed out the life of one of the most significant citizens in that country,” said Prime Minister Browne.

“It’s  very unfortunate. In the region we must be very vigilant because there are  many people, who, without rhyme or reason, are  likely to do things that are very heinous. And I just hope that this type of violence will not find its way within the Caribbean region. Last year we had the unfortunate situation of the assassination of President Moise in Haiti, but we consider that to have been an aberration, and I hope it stays that way,” PM Browne concluded.

Shinzo Abe was Japan’s longest-serving prime minister before he stepped down in 2020 citing health reasons.