Before departing from the V.C. Bird International Airport Thursday afternoon, Prime Minister Browne, who is the current Chairman of the Caribbean Community, CARICOM outlined that he is looking forward to the Hon. Philip J. Pierre, a trained Economist, joining the grouping of Heads.

“There are a number of issues that Philip will have to be read in on including the situation in Haiti and the issues of the region’s COVID-19 situation and the integration process and I am hoping to commence discussions with him this afternoon,” PM Browne stated.

Prime Minister Browne, before his departure from the V.C. Bird airport, also received a security briefing from Commissioner of Police, Atley Rodney and Deputy Chief of Defence Staff of the Antigua and Barbuda Defence Force, Lieutenant Colonel Trevor Pennyfeather.

Following his attendance at the swearing-in ceremony in Saint Lucia, Prime Minister Browne and his family will proceed on a one week vacation. 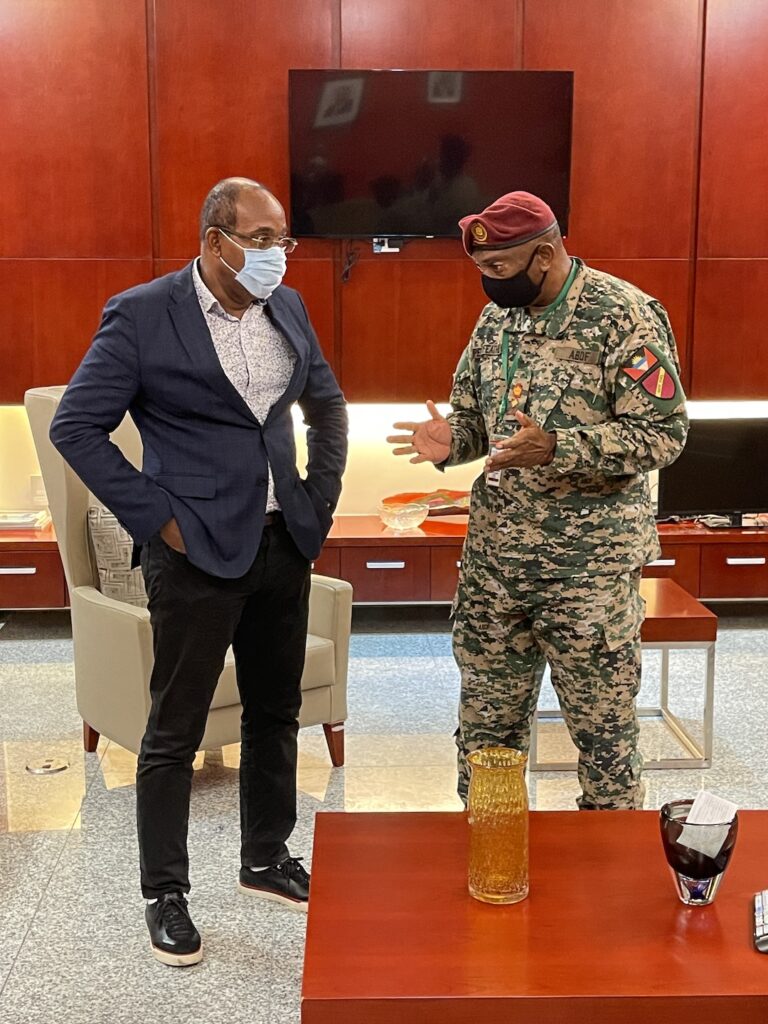 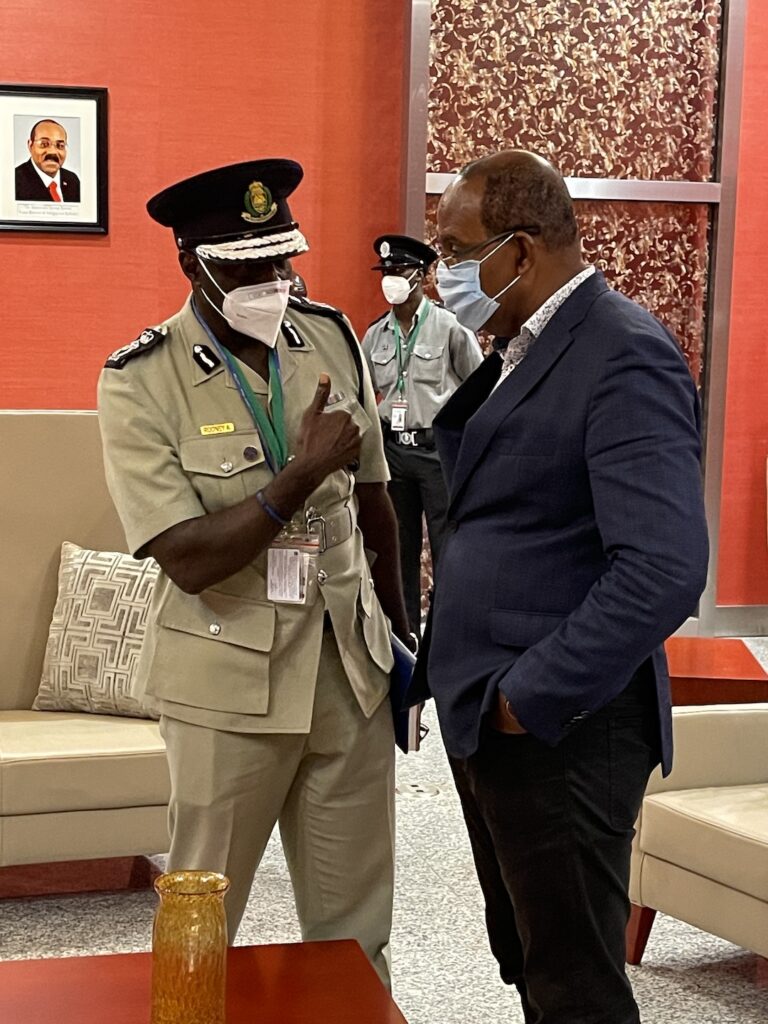