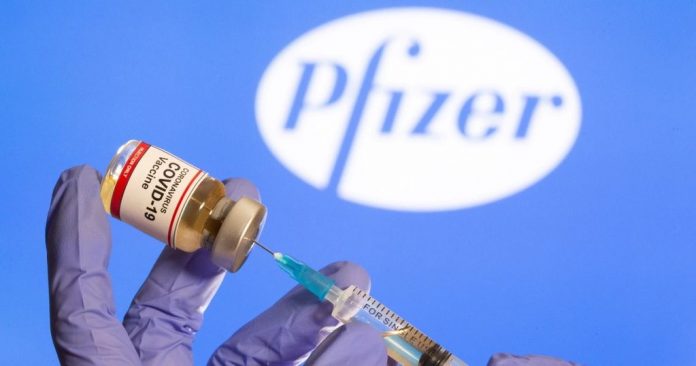 Pfizer is seeking United States approval of a booster dose of its two-shot COVID-19 vaccine.

The drugmaker said Wednesday that it has started the application process for a third dose of its vaccine for everyone ages 16 and older.

The company said it will complete the application with the Food and Drug Administration by the end of this week.

The FDA earlier this month said transplant recipients or others with weakened immune systems can get an extra dose of Pfizer or Moderna vaccines.

Then last week, US health officials announced plans to give COVID-19 booster shots to all Americans to shore up their protection amid the surging delta variant of the coronavirus.

That plan drew criticism from scientists at the World Health Organization, who noted that poor countries are not getting enough vaccines for their initial rounds of shots.

It had been given to that age group under an emergency use authorisation, which is still the case for those ages 12 to 15.

More than 200 million doses of the Pfizer vaccine have been administered in the US — and hundreds of millions more worldwide — since it got the green light in December.

The three vaccines used in the US made by Pfizer, Moderna and Johnson & Johnson are still preventing hospitalisations and deaths from COVID-19.

But the vaccines don’t appear quite as strong against the highly contagious delta variant as they were against earlier versions of the virus.

The US booster plan calls for an extra dose eight months after people get their second shot of the Pfizer or Moderna vaccine.

Also on Wednesday, J&J said people who received a booster for its single-shot vaccine saw a big jump in virus-fighting antibodies.

The drugmaker plans to talk to regulators about its booster.

Moderna is expected to do the same.

It said Wednesday that it had completed its application to the FDA for full approval of its two-dose vaccine.