Tributes have been pouring into the Antigua and Barbuda Permanent Mission to the United Nations after a book of condolences was opened last week following the passing of national hero and former Prime Minister of Antigua and Barbuda, His Excellency, Sir Lester Bryant Bird.

Members of the diplomatic community came across in a steady stream to the New York Offices to express their condolences and acknowledge Sir Lester’s contribution to the advancement of the people of Antigua and Barbuda, the wider Caribbean and to the maintenance of peace and security across the globe.

Following Antigua and Barbuda’s Independence in 1981, Sir Lester became the country’s first Minister of Foreign Affairs and earned a reputation as one of the finest orators of his time with the sheer eloquence in the delivery of his speeches at the United Nations and other regional and international fora.

His first address at the United Nations was delivered on 11th November 1981 when Antigua and Barbuda was welcomed to the body of nations as its 157th member.

In paying tribute to his lasting legacy, Antigua and Barbuda’s Permanent Representative to the United Nations, Ambassador Walton Aubrey Webson, noted that his contribution to the twin island nation’s development will be forever missed.  “We stand on his shoulders as we continue to build our nation. Sir Lester, Antigua and Barbuda, will be forever proud of you,” Ambassador Webson noted.

“Sir Lester was an Antiguan patriot and a great contributor to regionalism. His selfless contribution to the development of Antigua and Barbuda will live on,” noted the Consul General of Barbados to New York Honorable Oral Mackie Holder.

The Permanent Representative of Brazil to the United Nations His Excellency Ronaldo Filho recalled Sir Lester’s contribution to deepening the integration process.  “His distinguished service as Chairman of the Organization of Eastern Caribbean States is further testimony of his lifelong commitment to peace and regional integration,” Ambassador Filho remarked.

Among the Antiguans and Barbudans who signed the book of condolences was Ms. Joycelyn K. Valentine, who recalled the pleasant times shared between her family and Sir Lester.

“May the fond memories of your beloved comfort you and give you peace,” she wrote in the book which will be shared with the family.

Other members of the diplomatic corps that came by to express their condolences represented countries such as Suriname, Morocco, Syria, Nigeria, Kuwait, Ireland, Bosnia and Herzegovina, Sweden, Singapore, Indonesia and St. Lucia.

Messages were also received from the CARICOM Consular Corps, Switzerland, India, Madagascar, the State of Palestine, the Republic of the Philippines, and a number of other countries. United Nations Secretary-General António Guterres also expressed his condolences in a message to Antigua and Barbuda Prime Minister Gaston Browne.

The book of condolences will remain opened at the Permanent Mission until Wednesday August 25th. The invitation remains open for members of the Antigua and Barbuda diaspora to visit and sign. 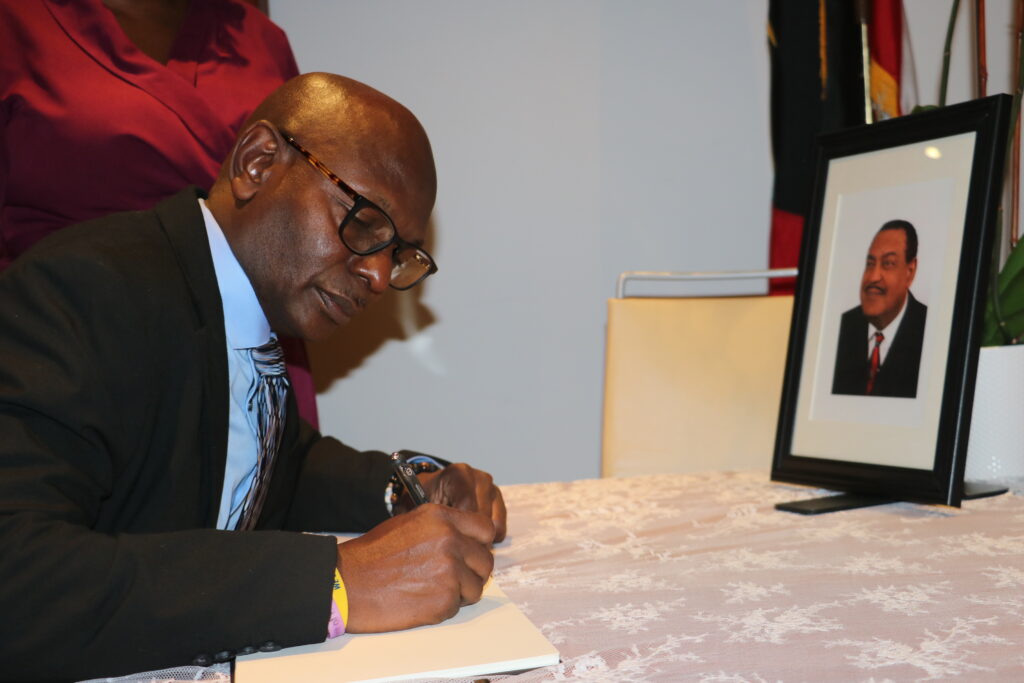 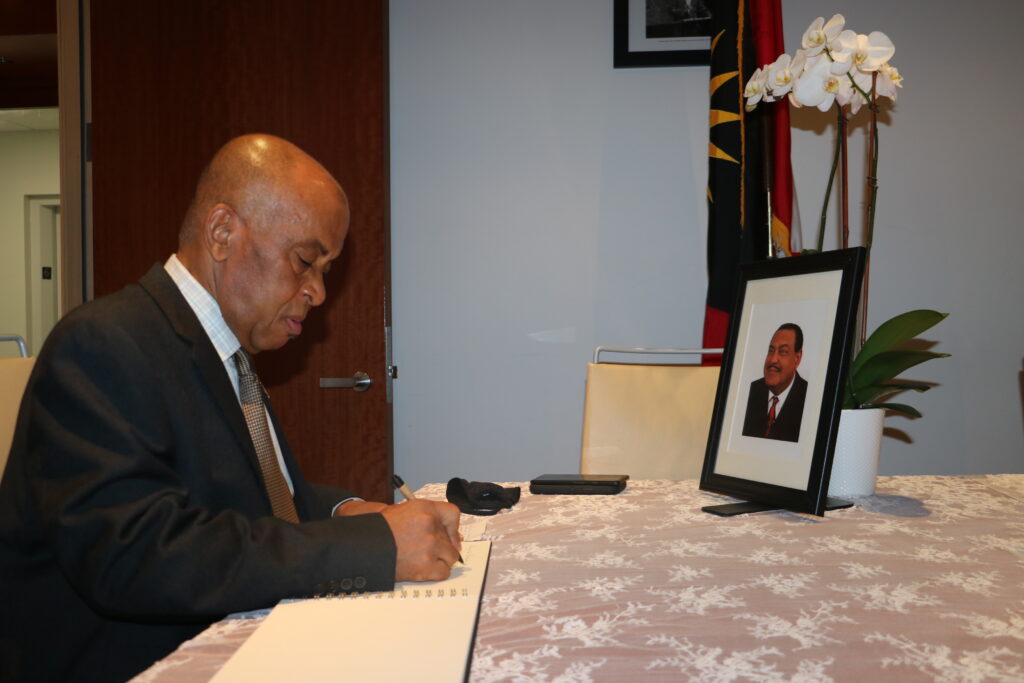 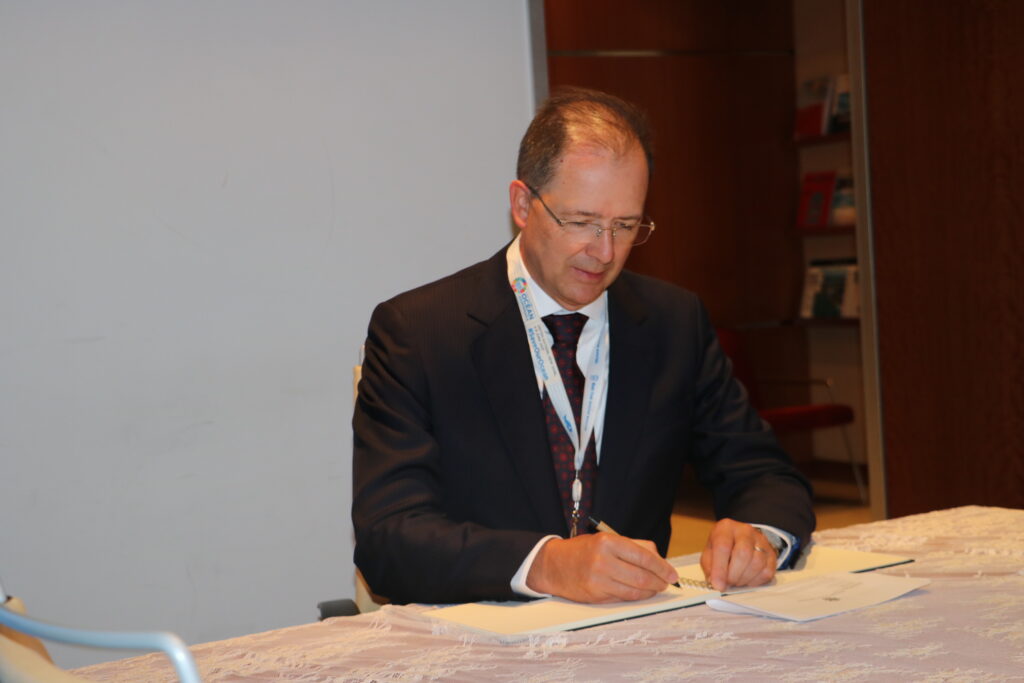 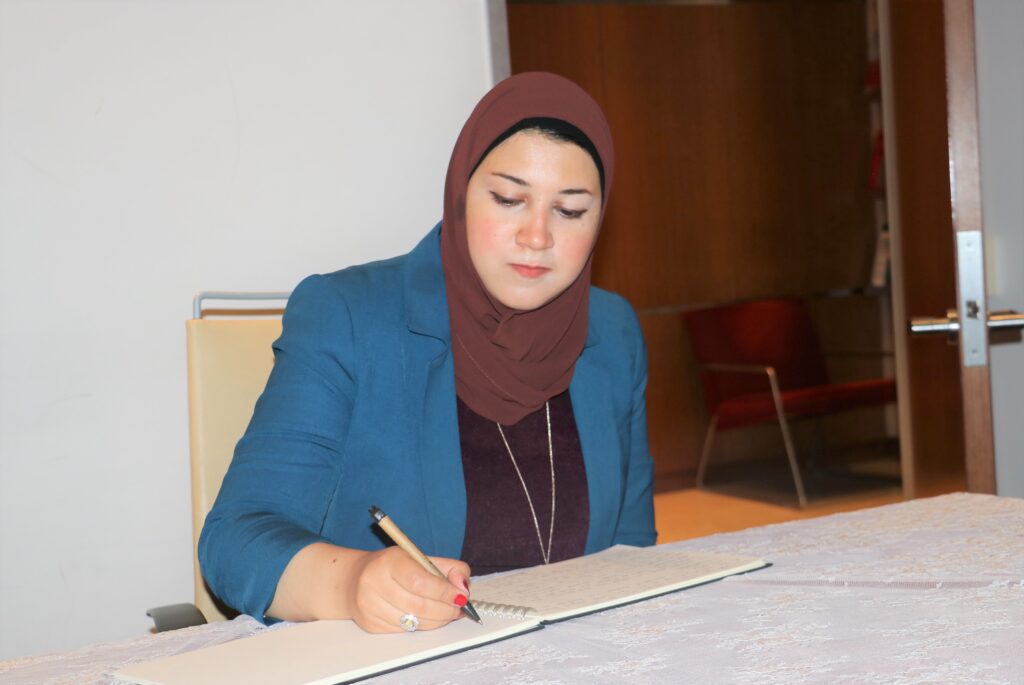 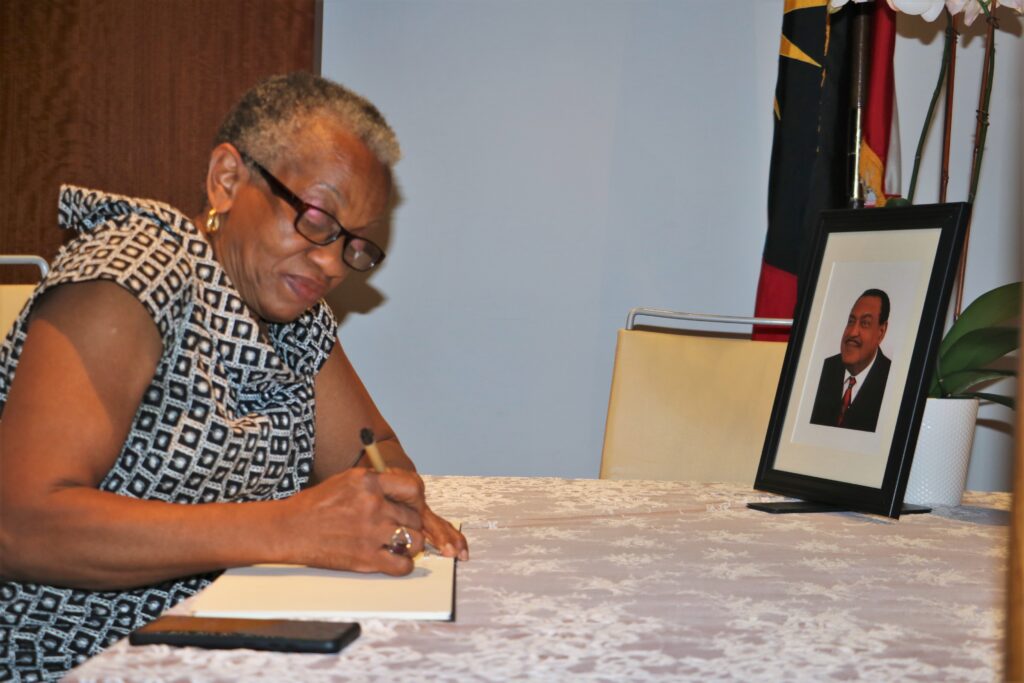