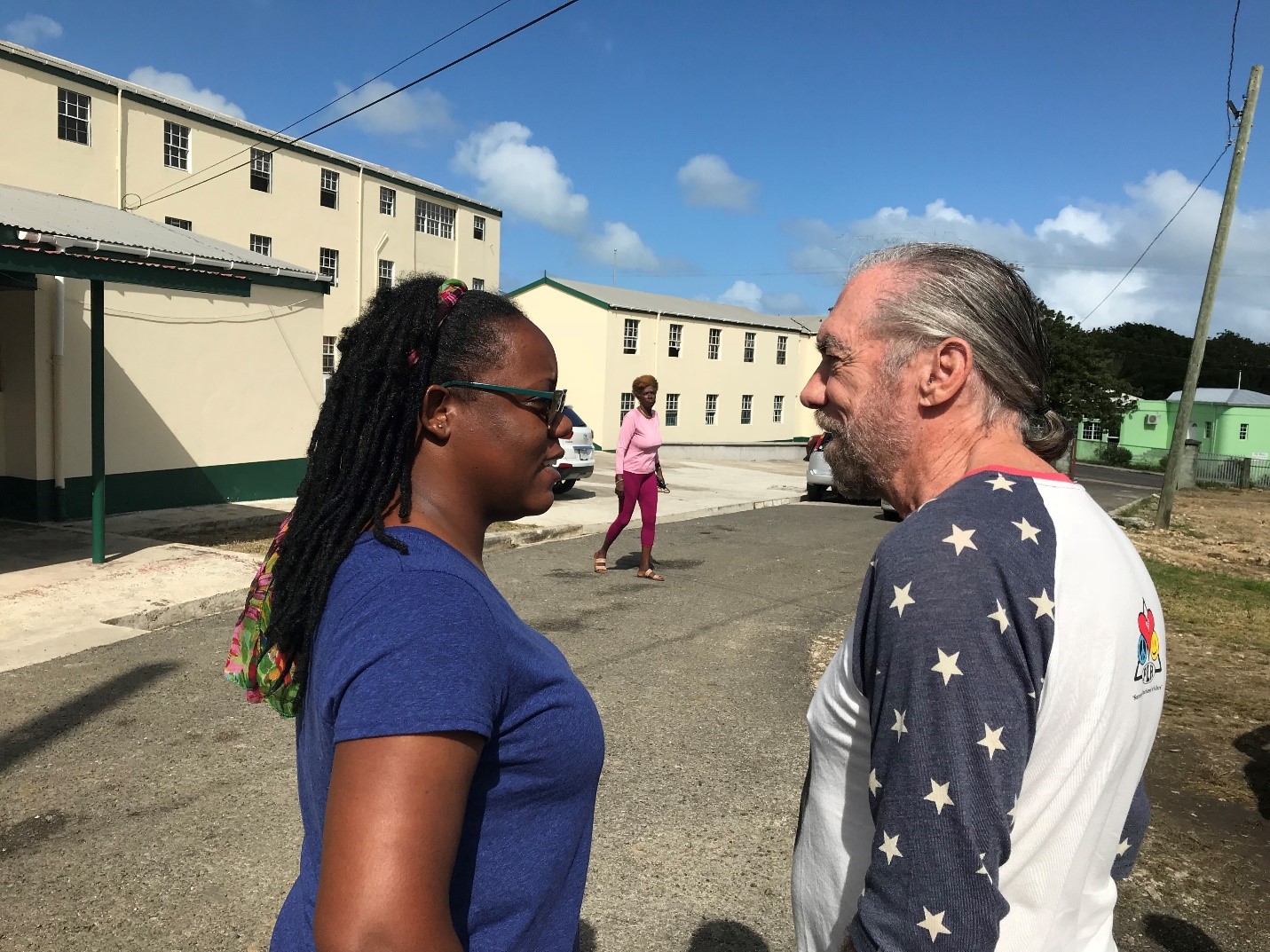 As partners in the Peace, Love, and Happiness resort development on the island of Barbuda, John Paul DeJoria, J.B. Turbidy, and Michael S. Meldman, Chairman and CEO of Discovery Land Company have pledged their continued support to the relief and rebuilding efforts on the Caribbean island.

On Friday, January 12th, John Paul DeJoria and J.B. Turbidy visited Antigua and Barbuda.  DeJoria has taken a personal interest in the plight of the people of Barbuda following the devastation caused by Hurricane Irma and the resulting evacuation of the island’s residents.  He toured the island of Barbuda and was given a first-hand look at the recovery and response efforts. DeJoria also met with the Chairperson of the Barbuda Council and residents at the Nurses’ Hostel, a shelter coordinated by the Government of Antigua and Barbuda now housing more than 90 Barbudans including thirty children.

The partners have taken a keen interest in the welfare of the people and have supported the government’s relief and rebuilding efforts. Further, the partners have donated 500 beds for shelters and temporary housing, a portion of these are now being used in the rooms at the Nurses’ Hostel.  Just a few weeks after the storm DeJoria dispatched his private Sea Shepherd vessel to Antigua and Barbuda to assist in moving evacuees and aid between the two islands.  The vessel was also instrumental in assisting with the relief efforts in neighbouring Dominica and Tortola.

DeJoria and the partners have reiterated their commitment to the new resort development and the people of Antigua and Barbuda. Progress on the development plan is in the final stages and being prepared for presentation to the proper authorities.