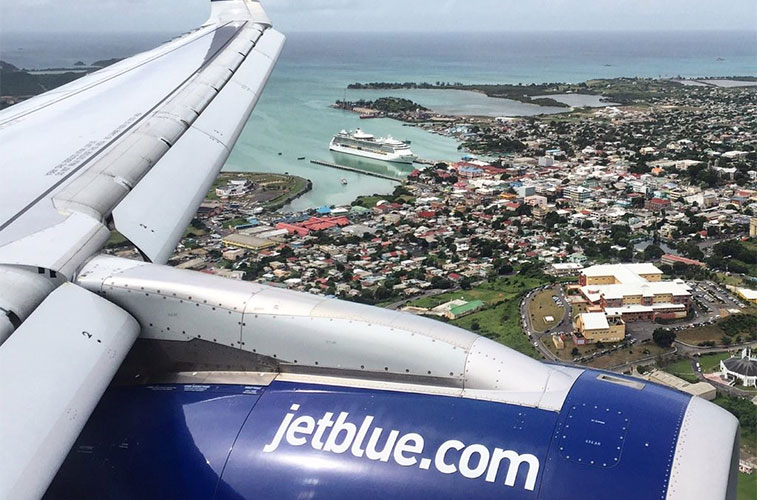 A JetBlue flight traveling from Antigua to New York was diverted yesterday after a passenger reportedly tried to open one of the doors.

According to source familiar with the events on flight 743, the passenger was apparently drunk.

The source said he began by pulling seats and fighting.

The unnamed passenger reportedly tried to open the emergency exit but did not get very far.

It reportedly took six other male passengers to restrain the man. The flight was diverted to Bermuda where the man was detained.

An aviation expert says situations with unruly and drunken passengers are more common than people think.

The expert said however, that the possibility of the man succeeding in opening the door was slim since it is near impossible to do so once the airplane is pressurized.