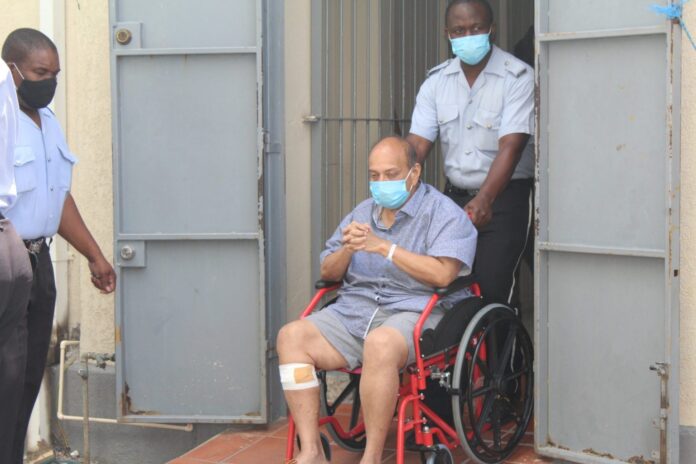 Our government is trying hard to ensure that Choksi returns to India, says Lionel Hurst, Chief of Staff to Antigua PM Gaston Browne.

Q: What’s going on in the Mehul Choksi case as far as the Antigua and Barbuda government is concerned?

A: As you know that Mehul Choksi is in custody of Dominica police and not in my country, that’s why we have lost control over Choksi. Now, the Dominica high court is looking after the case; the honourable court will decide Choksi’s fate; either he will return to Dominica or to his native land India. It’s not in our hands to control Dominica. My government is trying hard to ensure that Choksi returns to India.

A: While applying for citizenship of Antigua and Barbuda, Mehul Choksi had given insufficient details. In citizenship and investment plan, he didn’t provide sufficient answers; in one instance, he had not informed us if he was facing any prosecution and crime in India. Now we have learnt that he has done billion dollars of bank crime and he is facing a criminal case in India. He has cheated the bank and the government. Now it’s clear that he hid the information, so he has to forfeit Antigua and Barbuda citizenship.

Q: Mehul Choksi’s wife Priti Choksi is still in Antigua and Barbuda, so what does your country’s law suggest—can she be prosecuted because she also forged the documents for citizenship?

A: We have checked all her documents; she has not committed any crime here, so we cannot prosecute her.

A: We did not hold any meeting with the officials who came here and in Dominica, because the paperwork and legality of the case is now with the court. But the Indian consulate is in touch with our government; I have no idea who the Indian officers are who had reached Antigua and Barbuda.

A: Prime Minister Gaston Browne has speculated that Choksi changed his lawyer to a well-known member of the UPP; former attorney general under the UPP. So the PM speculated that the Opposition party is helping Choksi in exchange for his campaign funding. I can’t say anything further on this.

Q: What exactly happened with Mehul Choksi, was he abducted? What’s the role of a “mystery woman”?

A: We are not sure about it as the investigation is still on; we assume that he left Antigua and Barbuda willingly. Since we are still collecting evidence, the truth will come out in a few days. It will be revealed whether he left the territory on his own. We are also checking whether he had the clearance from the port authority while leaving for Dominica or not.

Q: If the Dominica court sends back Mehul Choksi to Antigua and Barbuda, will your government send him back to India?

A: We cannot simply deport him to India because he is still a citizen of Antigua and Barbuda. We will take necessary action against him, as you are aware that he has appealed in court regarding this, so now the judiciary has to take a call on this.

Q: Is the Indian government in contact with your government?

A: The Indian ambassador in Georgetown, Guyana, is in continuous touch with our government and officials.

A: Now the matter is in court and all the parties have submitted the necessary evidence and documents; so the judge has to decide about it.

Q: What does the police investigation report say about Mehul Choksi? Was he kidnapped?

A: Our intelligence team is still investigating the case; they will submit the report in a few days.