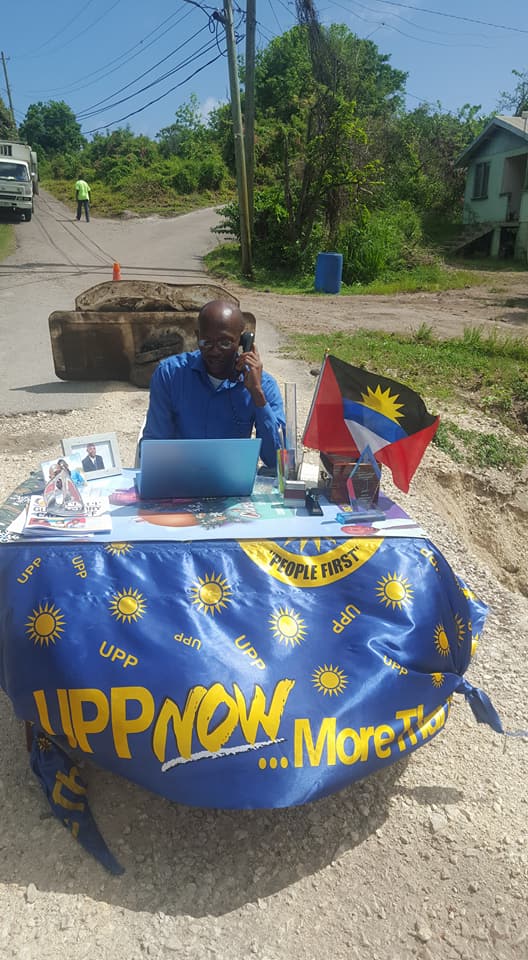 An opposition politician has taken an unusual move to protest the condition of a bridge, in an area where he hopes, to one day, be elected Member of Parliament.

Gregory “Shoy” Athill moved the daily operations of his office to a bridge near Horsford Hill which was damaged by heavy rains earlier in the year and again last week.

Athill who is the prospective candidate for the United Progressive Party in the constituency of St. Paul, said the lack of action by the current MP, Paul Greene, prompted his protest.

Athill brought his desk and other office supplies to the bridge and told followers on Facebook that he would see constituents here today.

“The downpours last week completely wiped out the bridge again,” he said pointing to failed efforts by the government to do the job right the first time. 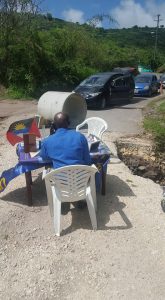 “We are appealing to the MP Chet Greene to come and fix the bridge,” Athill insisted.

But the St. Paul candidate hopeful said this was only the start of his protest as he has planned to go “live” in other areas of the constituency where help is needed.