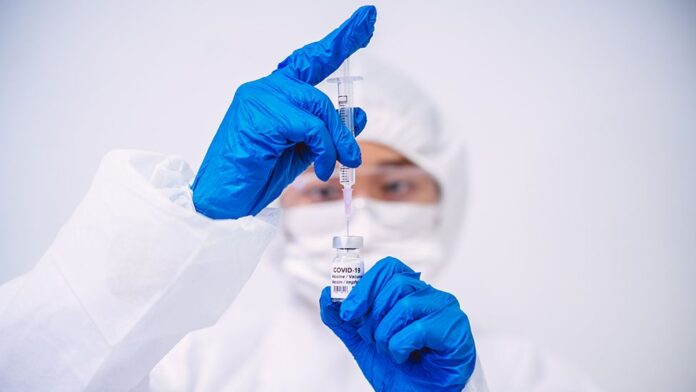 In my four years in Congress, the phrase I’ve heard most regularly abused is “Follow the science.”

Politicians, bureaucrats and reporters in Washington—many of whom, based on their comments, seem to have last attended science class in eighth grade—have a penchant for developing policies and then lecturing the opposition on the “science” that follows their agenda. Like my granddad used to say, “figures lie and liars figure.” Covid-19 policy is no exception.

In medical school, my classmates and I were taught to apply the science practically to the messy world around us, not merely follow theories as if we practiced medicine in a vacuum. Once we got out of the classroom, many of us quickly found that not every patient’s clinical course was exactly what the textbooks said. The medical school graduates who quickly became the best physicians were those who listened to their patients, called on their experience, and, yes, applied the science only as made sense in particular circumstances.

Nothing is harder for a physician to manage than a virus. Human papillomavirus, for example, often causes cervical precancer and cancer. Our obstetrics and gynecology residency program studied HPV as far back as my internship in 1987.

From 1997 to 2003, by combining pap smears with HPV strain identification, doctors could employ technology that identified which patients were truly at risk for cancer, versus those who should merely be observed. But finding the correct application took roughly a decade, and as doctors struggled to use the data to distinguish who was at high and low risk, I observed the condition was often overtreated.

It took real-world trial and error to tailor the right approach. Along with the approval of the HPV vaccine in 2006, medical researchers over the past decade have consistently shown enough scientific data for physicians to know with confidence which patients should be monitored and which need cervical procedures or hysterectomies.

This eliminated millions of unnecessary surgeries, preserved fertility, and decreased extreme premature delivery in some instances. I can say as a physician that what we’ve seen developed over the past year regarding diagnosis and treatment and vaccines for Covid is truly a miracle. But the medical community is still developing its understanding of treatments and risk factors.

Similarly, viral infections during pregnancy are completely unpredictable. Even understanding risk factors, you never know how an individual patient’s physiology will react. How well patients fight off a virus depends on their natural immunity, which depends on all sorts of

largely unknowable criteria. Whether it’s hepatitis, chickenpox, West Nile or the common flu, my professor once told me, “If you’ve seen one case of a particular virus in pregnancy, you’ve only seen one case.” His point? Apply the science as best you can, but each case has its own complexities. Developing better treatments takes a long time and real-world data from treating patients.

It’s impossible to follow the science of most any virus with great certainty, especially a novel virus. The medical community knew from day one that the science on Covid would be predictably unpredictable and constantly changing. When government scientists—let alone politicians and journalists—present a hasty, incomplete hypothesis as indisputable fact, they’re acting contrary to science—and often driving a preconceived agenda.

Science is a systematic enterprise that organizes knowledge into predictions about the universe. It is not a gospel of indisputable, never-changing truth. Just as cancer treatments have changed over time, doctors will discover countless false hypotheses that were put forward as fact by government agencies and healthcare experts from all fields surrounding Covid-19. Science is never settled.

Take the notorious subject of mask mandates. The overly certain “science” of bureaucrats first told Americans not to wear masks. Then we had to wear them indoors. Then this was extended to include outdoor mask wearing. Now, a good American needs to don two, maybe three masks even if you’ve had the virus or the vaccine to “follow the science”—unless you are seated at a restaurant, or with a small group that also is vaccinated. Then you’re safe.

There is little scientific logic behind these shifts. But out of an abundance of caution, please keep wearing your masks in public.

Now let’s talk about applying science. Real-world evidence suggests that the effectiveness of one shot of the Pfizer or Moderna vaccine ranges between 72% to 92.6% after two weeks. Further evidence suggests the second shot could be given 12 weeks later instead of three or four weeks and be equally effective.

After every senior citizen and high-risk individual gets their two shots, applied science would suggest we could save tens of thousands of lives if we give one shot to as many people as possible and came back for a second dose as more vaccines are available. This is assuming that robust real-world evidence finds a second shot even necessary, which it’s possible won’t be borne out by the evidence.

Consider this: If you had 200 Pfizer vaccines and 200 family members, and it was up to you, how would you allocate them? The current emergency-use authorization tells you to give 100 people two shots. Assuming it will be 95% effective, only 100 people would be vaccinated, and 95 would be protected.

Alternatively, you could give 200 people one shot, assuming 75% effectiveness, 150 people at a minimum would be protected. This approach has the potential to address the relative limitations in supply and the hiccups we are seeing ramping up in mass vaccination sites right now. Each day that applied science is delayed, more people than otherwise will die from Covid-19, and the opening of businesses and schools will be unnecessarily delayed.

I’m not trying to be too prescriptive. The Food and Drug Administration is tasked to ensure the safety, efficacy and security of all medical products. Congress should clarify how and when the FDA considers real-world evidence in emergency-use authorizations during pandemics—and make sure that practical realities are accounted for.

State and local officials and healthcare providers across the country need to do the scientific thing and apply theory to the world practically, not blindly follow it as if we exist in a vacuum.

Dr. Marshall, a Republican, is a U.S. senator from Kansas. He represented the First Congressional District, 2017-21, and was a practicing obstetrician and gynecologist in Great Bend, Kan.