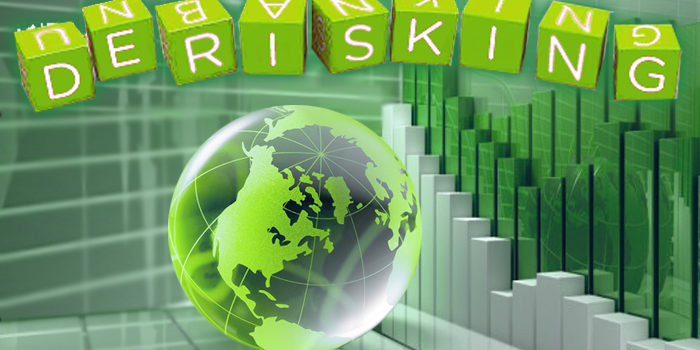 I am still staggered by the Prime Minister’s exposé on de-risking—the termination of banking relations with jurisdictions tagged as ‘tax havens’ or ‘high-risk’ for money laundering.  Prime Minister Gaston Browne’s 24-page report, “Ending De-risking in the Caribbean: Eliminating Risks for the World” is not only instructive but illuminating.

Undoubtedly, the theme of injustice in international financial and trade systems stands out like a sore thumb. Reasonably, one can easily liken the practice of de-risking to the unwarranted ‘stop-and-frisk’ of vulnerable jurisdictions like CARICOM by what I caption as financial ‘regulatory’ police. Certainly, in this era of villains and supervillains where elephants fight, it’s the grass that gets trampled. Doubtless, our Caribbean grass bears distinct footprints of global regulatory bodies and these footprints have created great financial sinkholes that impede the forward movement of banking in the Caribbean region.

In his report, the Prime Minister identified the International Narcotics Control Strategy Report (INCSR), published by the United States Government annually as the chief cause of the de-risking in the Caribbean. Reportedly, the INCSR has routinely categorised the Caribbean region as “major money launderers” in spite of Caribbean member states’ dogged pursuance of compliance.  And that broad brushing of the entire region, he opines, has had deleterious effects on regional banking.

For me, the entire de-risking in the Caribbean is a prima facie case of “sans humanité”—French for ‘without mercy’. It aptly captures the immorality of the indiscriminate de-risking of small, vulnerable jurisdictions that expend inordinate sums in compliance. The 24-page expose leaves no stone unturned as it reveals how vulnerable states exist at the mercy of the “multinational corresponding banking architecture to settle their trade and investment transactions”.

I found the Prime Minister’s assertion that “there is no evidence that any bank licensed in the Caribbean Community (CARICOM) has ever been the cause of any fines imposed on any correspondent bank in the U.S., the U.K. or Canada” to be unnervingly astounding.

Equally startling was his revelation of the gradual loss of corresponding banks in the Caribbean as a direct result of the adverse advisories published by the INCSR. According to the report, “corresponding banks provide banking services to respondent banks…a nexus between local economies and the international financial system…”  The report revealed further that due to fear of penalties, corresponding banks in the US, in particular, have threatened to withdraw access from CARICOM, opting to avoid risks rather than implement costly compliance measures.

And herein lies my greatest fear: the Caribbean region cut off from the world’s financial system! The implications border on the apocalyptic. He likened corresponding banks to the “blood that delivers nutrients to different parts of the body” and cited the direct socio-economic benefits of corresponding banks. The movement of remittances, humanitarian financial flows, payment of medicines, healthcare, and education are all adversely affected by de-risking. And the domino effect could include higher cost of living, inordinately lengthy transaction times, and the increased practice of ‘dark economics’. According to the Prime Minister, “de-banking” will be inevitable if no timely intervention takes place.

The Prime Minister’s report seemed well-reasoned, credible. Thus, my research of the matter lead me to “A View on the EU’s Blacklisting of CARICOM Financial Centres”, the opinions of my go-to aficionado on economics, Dr Hilary Beckles, as published in both the Jamaican Gleaner and Trinidadian Guardian. The fact that both gentlemen’s perspectives articulate similar sentiments hints that CARICOM is together on this issue. And that’s very heartening except that the pervasive political tribalism could very well interfere with the citizens’ attention to the absolutely devastating phenomenon of de-risking. I believe that the implications of de-risking are too dire to leave room for any political football.

I view Prime Minister Browne’s report as an eye-opener for Caribbean people. His suggestions for the way forward could albeit fall on ‘developed’ deaf ears; however, it’s a call for action—encouragement for his counterparts to start thinking outside the box that could inadvertently l lead to the underworld.  Although his recommendations for ‘alternative pathways’ seem justifiable vis-à-vis the injustices suffered by vulnerable states, I hasten to say that any omission of ‘due diligence’ could open a set of ‘Pandora boxes’.

Unfortunately, an in-depth assessment of the direct impact of de-risking on Antigua and Barbuda is a conspicuous omission from the Prime Minister’s report. However, I anticipate robust discussion on the matter as the message sinks in.

Initially, with my mind set in carnival mode and eyes focused on Carnival ‘chipping’ up the road to sweet misbehaving in just a string and a sequin less than her birthday suit, I was in no mood to attend to such sordid details! Furthermore, I was such a novice to the concept of ‘de-risking’ that at first glance, “De-risking the Caribbean…” could have very well been the name of some mas’ troupe like, ‘Preying in Paradise’ or ‘Playing with Just Frenz ’. Well, after perusing the document, I chanced upon ample ‘red flags’ for a jump and wave.   Vellie Nicholas-Benta