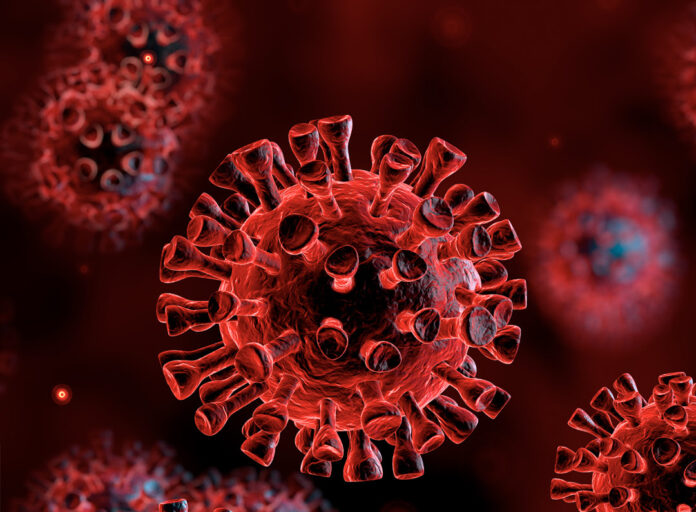 Ewin James, is a minister and freelance writer.

Whenever disasters and catastrophes, whether man made or natural, happen,  many things are put forward as causes  of their occurrence.  The COVID pandemic is no different.  It is said to have been created by China to retaliate against the U.S.  for the policies of President Donald Trump, or by Satan; or by God as punishment for sin.

Punishment has always been a reason given for such things, maybe because we   know that we live so poorly and we break the Creator’s laws.

The Bubonic Plague, called the Black Death, which ravaged Europe and Asia between 1347 and 1352, and killed an estimated 60 million persons, was believed by many people to be the outpouring  of God’s wrath upon man.

At a time when medical science was primitive and people were more superstitious and religious than we are, it was easily accepted that the plague came from God. The HISTORY Television Network says on its website:

Because they did not understand the biology of the disease, many people believed that the Black Death was a kind of divine punishment—retribution for sins against God such as greed, blasphemy, heresy, fornication and worldliness.”

Naturally, people went to extremes, some of them brutal, to turn away the wrath of God.  “By this logic, the only way to overcome the plague was to win God’s forgiveness. Some people believed that the way to do this was to purge their communities of heretics and other troublemakers—so, for example, many thousands of Jews were massacred in 1348 and 1349”. ( HISTORY Channel, July, 2020)

Today, in an atheistic, ungodly and nihilistic age, the suggestion that  COVID- 19 could be sent by God as punishment elicits howls of horror in protest. Even believers and Christians react to such a suggestion with horror for it would mean that God isn’t loving.

Let me say that no one knows whether or not God sent COVID. That information isn’t disclosed to man.  But let me ask, why couldn’t God have sent it? Can God send scourges such as the Pandemic?  Has he ever sent such disasters as punishment of man?

Yes, he has; for it is entirely according to his character and consonant with his justice to punish man for his sins.  His divine record, the Bible, shows this.

One of the earliest and most unmistakable was the destruction of the twin cities of Sodom and Gomorrah for sexual perversion. The divine record says: “24 Then the Lord rained down burning sulfur on Sodom and Gomorrah—from the Lord out of the heavens. 25 Thus he overthrew those cities and the entire plain, destroying all those living in the cities—and also the vegetation in the land. “(Genesis 19).

This is clear: God destroyed these cities, using natural means. The fire and the sulphur, didn’t come from the celestial abode of God. They may have come from the area which was full of bitumen-(a mixture of hydrocarbons) pits. Many scholars said that an earthquake and volcanic eruption destroyed the area.  God used natural materials to rain down his judgement down on sinful men.

The evidence of destruction is still in the area today; “The Sea Region still reeks of sulphur and the strange rock formations there recall the fate  of Lot’s wife , who was been even more attached to Sodom than he was “( The New Bible Commentary, 2010, P.75.)

So why couldn’t God have used a virus, to punish sexual perversion  now being indulged in on a wider scale  than in Sodom, and a host of other sins not even dreamed of by the people  of Sodom and Gomorrah?

There is more. Later, in judgment upon Egypt and Pharoah for his intransigence in refusing to let the Hebrews go, God punished Egypt with ten plagues, some of which we would call natural disasters– pestilence, boils, locusts, and killing of the wild animals and the firstborn sons of the Egyptians.

So why could he not have sent COVID to punish us? I’m not saying he did, but we should never rule out the possibility.

Of course people have for centuries denied that God punished Sodom and Gomorrah and sent the plagues, on Egypt, insisting that  they were purely natural phenomena; or worse  the work of fiction in a book, the Bible, invented,  by men.  Why?  For the same reason that people are denying that God could have anything to do with the Pandemic.

If the Pandemic were sent by God, it would mean worse for us than  even for our loved ones who have died from it; something  we have tried desperately to deny in this godless age.

First it would mean that God exists, which is against the increasing  atheism which many people are using to justify ungodliness.  COVID  as punishment says there is a God.

Second, if  God sent COVID on us because we are sinful, then it’s proof he punishes sins.  Though we may escape COVID, we may not be lucky next time.

Finally, and worse, if God sent COVID then it is just a harbinger of his judgment on the last day, when all men will stand before him to answer for their sins. And those who rejected His Son will suffer endless punishment in the Lake of fire. Who wants to hear that?