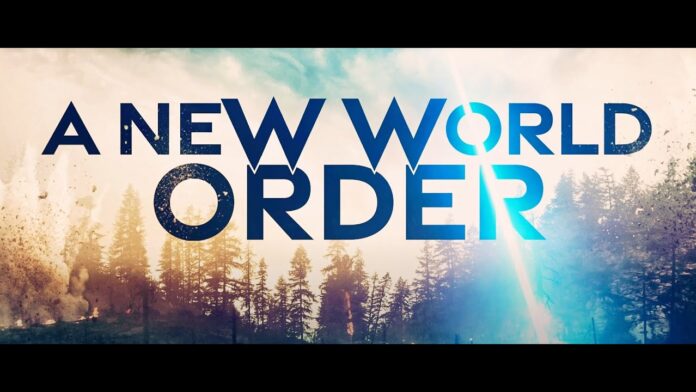 The age-old dream of world domination is alive and well. Since the beginning of the beginning, man has battled for the top seat on the planet. “Absolute power corrupts absolutely.” Read your history books.

Free countries do not need “a great reset” or one world order domination. Citizens of freedom-loving democracies must oppose self-appointed tyrants (wolves in sheep’s clothing) that seek to rule the world as kings of communism and saviors of humanity. Powerful people with pockets full of gold and silver did not create humankind and they cannot fix it or save it. But they can try to destroy it.

The World Government Summit was held recently and “framed to suggest that a new global order is emerging — and the world is not ready for it,” according to cnbc.com.

Citizens will never be ready for a new global order that robs them of liberty, freedom, and dignity. Global utopia is puffed up propaganda by fear-mongers.

Citizens of sovereign nations do not need “the dynamic leadership of His Highness Sheikh Mohammed bin Rashid Al Maktoum, Vice President and Prime Minister of the UAE, Ruler of Dubai” and founder of The World Government Summit to shape (or reshape) our governments. Visit www.worldgovernmentsummit.org.

“COVID-19: The Great Reset” is a 2020 book by Klaus Schwab, the World Economic Forum Founder. He wrote, “A new world will emerge, the contours of which are for us to imagine and draw.”

“What the Fourth Industrial Revolution will lead to is a fusion of our physical, our digital, and our biological identities,” wrote Klaus Schwab, 2019.

I don’t know about you, but I don’t want to be fused. Schwab and his misguided followers can fuse away, but leave the rest of us alone. Sovereign nation-states do not want to be replaced and suppressed under a globalist regime. Hands off our minds and our bodies.

What did Joe Biden recently say at a meeting of the Business Roundtable lobbying organization? “Now is a time when things are shifting. We’re going to — there’s going to be a new world order out there, and we’ve got to lead it. And we’ve got to unite the rest of the free world in doing it.”

The spin machine rushed into action to explain Biden’s misspeak (or fact-speak) via mainstream media. “Methinks that dost protest too much.”

“The Great Reset: Joe Biden and the Rise of Twenty-First-Century Fascism,” a book by Glen Beck, reveals an international conspiracy among powerful bankers, business leaders, and government officials; closed-door meetings in the Swiss Alps; and calls for a radical transformation of every society on earth.

Former President Donald Trump alluded to “the deep state” in one of his rants after the US House Impeachment debacle. “They’re not after me, they are after you.”

Who is after us? The humans that meet in secret rooms. What hides in the shadows? Monsters, goblins, ogres – or worse.

“The liberties of a people never were, nor ever will be, secure, when the transactions of their rulers may be concealed from them.” –Patrick Henry

Hmmm. For decades, the people in power have declared that a new world order, the Illuminati, and the Bilderberg Groupare nothing more than conspiracy theories spewed from the mouths of looney tunes.

And why is mainstream media silent about the new world order?

“We are grateful to the Washington Post, The New York Times, Time Magazine and other great publications whose directors have attended our meetings and respected their promises of discretion for almost 40 years. … It would have been impossible for us to develop our plan for the world if we had been subjected to the lights of publicity during those years. But the world is now more sophisticated and prepared to march towards a world government. The supranational sovereignty of an intellectual elite and world bankers is surely preferable to the national auto-determination practiced in past centuries.” Those are the words spoken by David Rockefeller at the Bilderberger Meeting, Baden Germany, June 1991.

History shows us that socialism, communism, fascism, and Marxist have failed. Who wants the world divided into regions with self-appointed despots? A forced one world religion? A central banking system?

“Build back better,” is the slogan from the lips of the elitists. “You’ll own nothing and you’ll be happy,” is on the World Economic Forum website.

“If you think communism is worth trying again, you’ll literally believe anything. No matter where or when they have been tried, Marxist regimes have failed every time. There’s no difference between the aspirations of today’s Communists and those who set up tyrannical regimes.” –Kristian Niemietz at capx.co.

What is the solution? The Creator put the answers in a book called “The Bible.” In God’s army, the soldiers of the New Testament march on their knees and come and go in peace. Read the book of Revelation – God wins.

Melissa Martin, Ph.D., is a syndicated opinion-editorial columnist. She lives in USA.