Gender Affairs Minister Samantha Marshall has said that the indignity associated with reporting rape has been reduced with the establishment of a new department within the Directorate of Gender Affairs.

The minister was referring to the Support And Referral Center (SARC) which was established last year.

She told the budget debate that this has been one of her ministry’s biggest accomplishments.

Prior to the setting up of SARC, the lone female cabinet minister explained that rape victims faced added embarrassment to report their cases.

The minister highlighted the importance of getting evidence as soon as possible. She said the victims go through that process when they are traumatised but said that was not the end of the ordeal for alleged victims.

“The victim would then have to go to the police and give a more detailed statement and if needs be, then go to a counselor,” Marshall explained.

She told the debate in the Lower House that this has changed since the establishment of SARC. 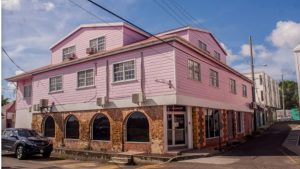 She said the building located at the Directorate of Gender Affairs also has a child-friendly room for victims with children.

The minister said the SARC is the first of its kind in the region and has commended the Director of Gender Affairs, Farmala Jacobs, for her leadership in the department.