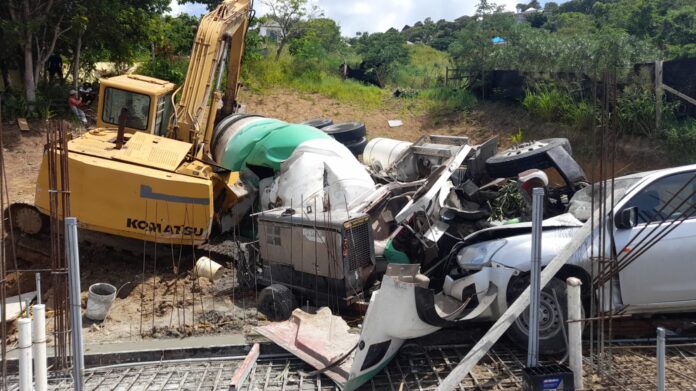 One man is dead while another is reportedly in a stable, but critical, condition following what is described as a freak accident on Thursday morning, October 13.

Sixty-three-year-old Victor Medina died following the incident, which involved a cement truck.  It is alleged that the truck rolled over on him while he and other workers were on a construction site at Sugar Ridge.

The other injured man is reportedly 45 years old and is being treated at the Sir Lester Bird Medical Centre.

Both men were reportedly transported to the medical facility after the accident; however, the older man succumbed to his injuries shortly after arrival.

According to reports, the accident involved three vehicles: the cement truck, which reportedly was pouring concrete into the foundation of a property under construction; a pickup truck; and a backhoe.

It is believed that the cement truck rolled and collided with both vehicles, damaging the right front portion of the pickup truck.

The tumbler on the cement truck appears to have been dented in several places, while the front portion of the vehicle is mangled, with one piece ending up on the foundation of the structure.

The accident reportedly occurred at about 10:30 a.m. 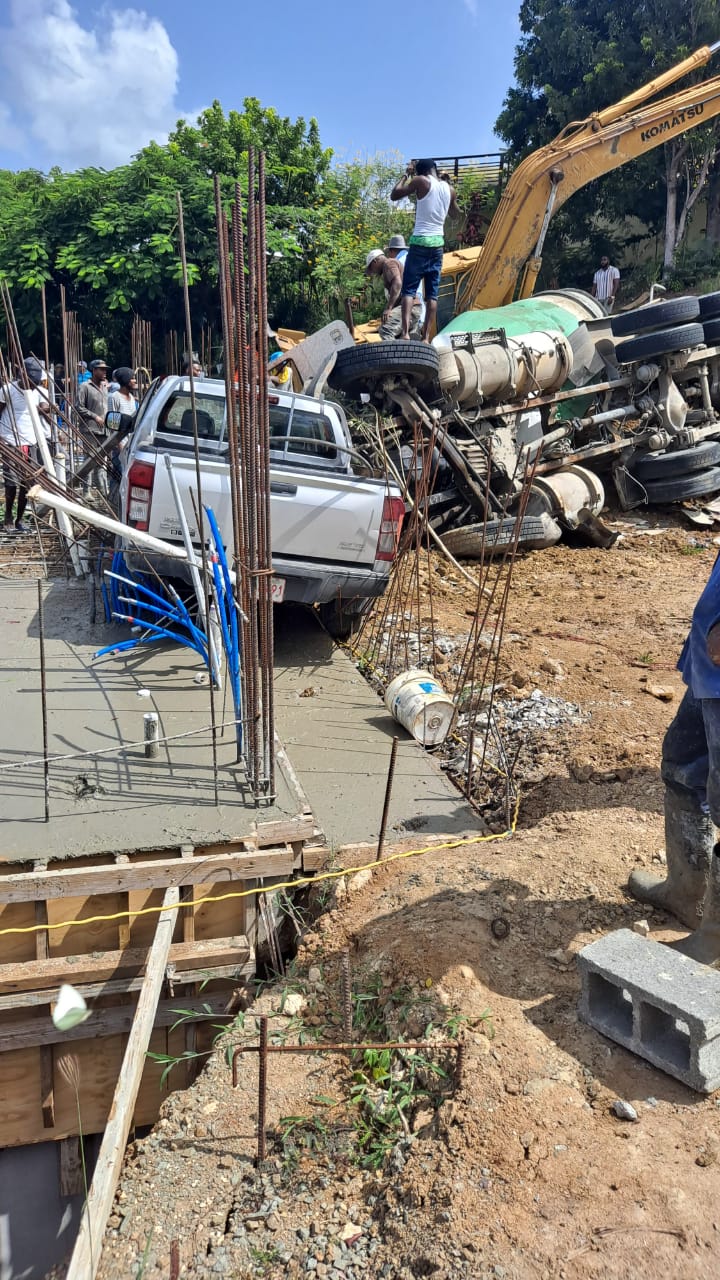