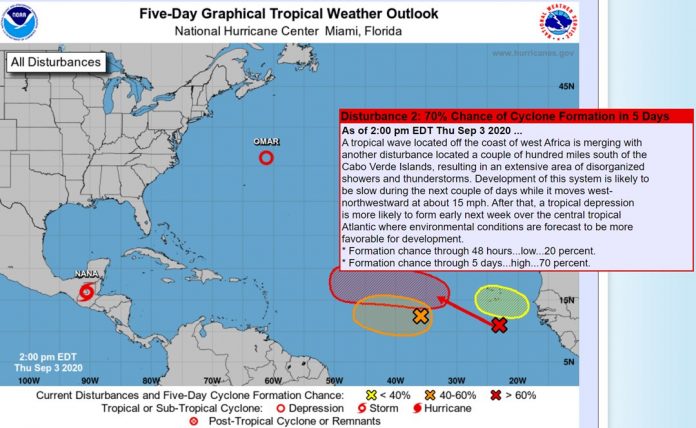 another disturbance located a couple of hundred miles south of the

Cabo Verde Islands, resulting in an extensive area of disorganized

Development of this system is likely to

northwestward at about 15 mph.  After that, a tropical depression

Atlantic where environmental conditions are forecast to be more

Africa over the weekend.  An area of low pressure is expected to

form from the wave, and some development of this low will be

possible early next week while it moves generally westward over the