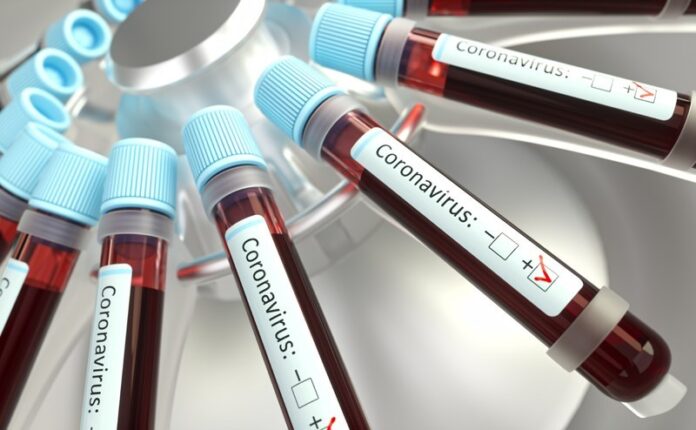 The most recent reports received by the Ministry of Health, Wellness and the Environment from the Mount St. John’s Medical Center (MSJMC) and the Caribbean Public Health Agency (CARPHA) have revealed one new laboratory confirmed COVID-19 case in Antigua and Barbuda as of Friday 13th November 2020 at 6pm.

Subsequent to the publication of the dashboard on Thursday 12th November 2020 with the cut off time of 6pm, eighty-five samples were processed at the Mount St. John’s Medical Center’s Laboratory and eighteen by CARPHA which increased the pending results from zero to one hundred and three.

All eighteen samples processed by CARPHA yielded negative results and are reflected in the total samples taken and total tested columns of the dashboard.

Of the eighty-five samples processed by MSJMC, eighty-four are negative and one positive.

Consequently, the total number of persons with laboratory confirmed COVID-19 cases in Antigua and Barbuda is one hundred and thirty-four (134) with three (3) active cases and four (4) deaths. The dashboard has been updated to reflect these changes.

*The provisional inclusion of the fourth death which occurred on November 13th 2020 has been published pending the coroner’s report. 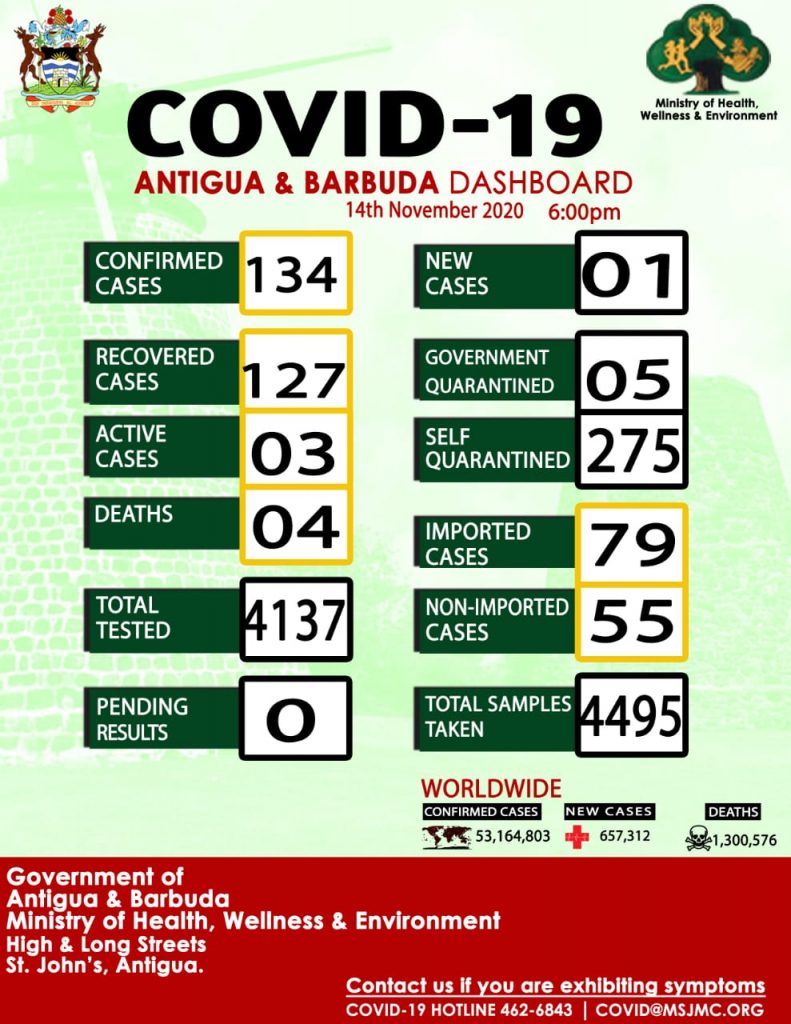