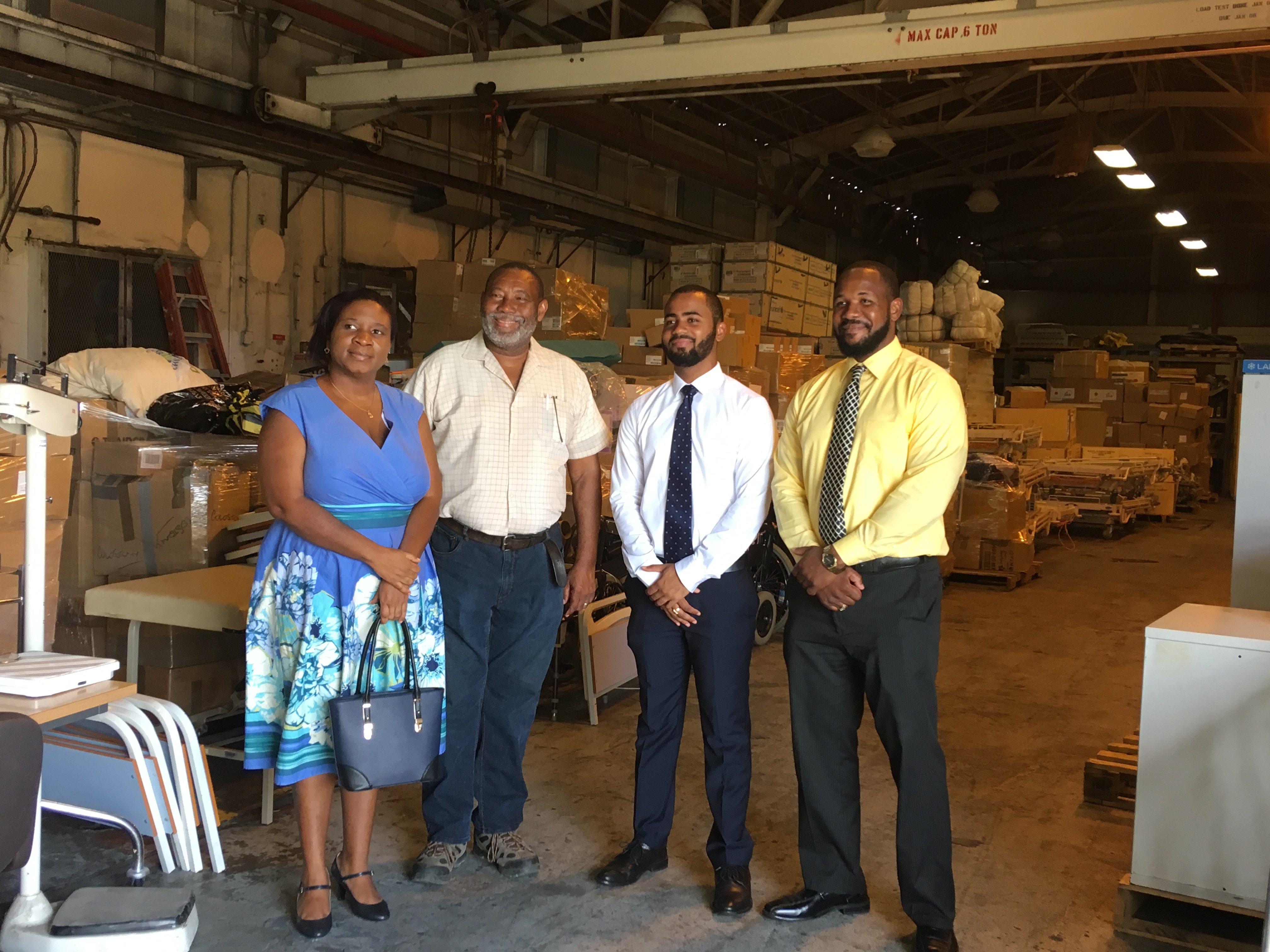 On behalf of H.E. Karen Mae-Hill, High Commissioner of Antigua and Barbuda to the United Kingdom, medical supplies were handed over with a value of £283,000 or approximately EC $1,000,000 to Director Philmore Mullin of the National Office of Disaster Services (NODS).

Also present at the handing over ceremony where Resident Medical Doctor in Barbuda Dr. Jeremy Deazle and Medical Officer of Health Dr. Oritta Zechariah from the Ministry of Health and the Environment.

The bulk of the items are to be distributed to the Hanna Thomas hospital in Barbuda, while the remainder is to be sent to the Mount St. John Medical Centre in Antigua. Items were sourced after the High Commissioner held consultations with NODS, Matron Cynthia Byers and Dr. Deazle to ensure that relevant needs were met. High Commissioner Hill said that she “was particularly keen for the hospital to receive this equipment for the additional support it would have given and continues to give to those displaced by the hurricanes.”

The Jacob’s Well Appeal, a small charity based in East Yorkshire, was responsible for sponsoring the items by offering them at a substantial discount.

According to Dr. Roberston of Jacob’s Well, “When Barbuda was hit by Hurricane Irma on September 6th last year, we were shocked and dismayed by the devastation we saw and heard about on the news feeds. We heard that most of the buildings and homes on the island were destroyed, and most people had had to be evacuated on a temporary basis. At that time we didn’t have any partners to work through, and we felt that aid would be provided by the larger international agencies. However, when the Antiguan and Barbudan High Commissioner contacted us earlier this year, we were delighted to offer our services to help equip the Hanna Thomas hospital and get it running again.

Whilst we were dismayed by the events of last year, we have enjoyed being of service to the High Commissioner in this endeavor, and we have been struck by the stoicism and resilience shown by the Barbudan people. We pray that Barbuda quickly gets re-established on a firm footing.”

High Commissioner Hill pointed out that she was grateful for the support that Jacob’s Well had given and that she is happy to assist in equipping the Hanna Thomas Hospital to a most efficient level.