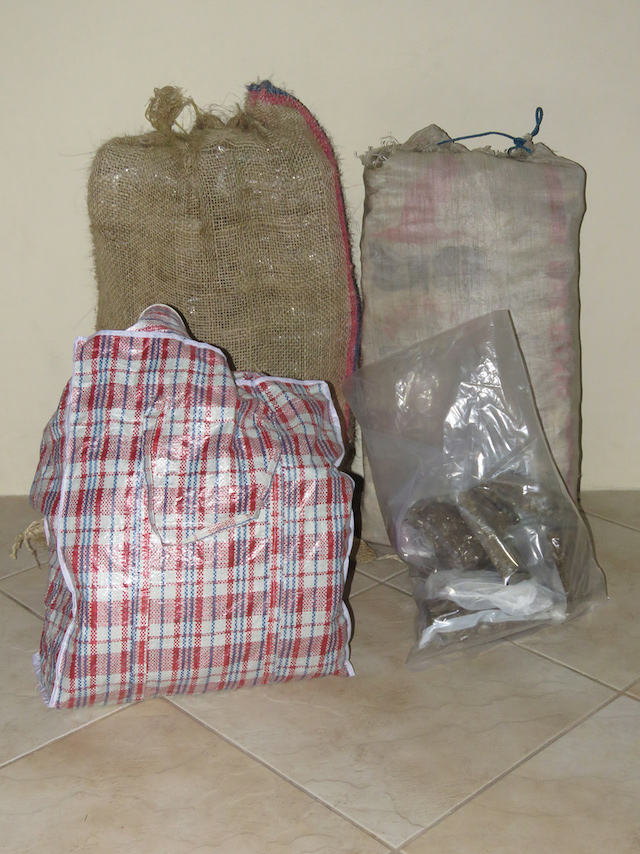 Two operations took place in All Saints Village. The first occurring in the Montrulla area where a Vincentian male and an Antiguan male were nabbed in the process of transporting 103.25lbs of marijuana. The drug carries an estimated wholesale value of Four Hundred and Thirteen Thousand Two Hundred Dollars ($413,000.00 ECD).

The second operation occurred in the Mock Pond Area where a Jamaican male was detained with 34.8lbs of compressed cannabis and a small quantity of marijuana seedlings carrying an estimated wholesale value of One Hundred and Thirty-Nine Thousand Two Hundred Dollars ($139,200.00 ECD).

The third counter-drug operation was conducted in the Sea View Farm area where three Antiguan males were detained and a total of 157.8lbs of compressed cannabis carrying an estimated wholesale value of Six Hundred and Thirty-One Thousand Two Hundred Dollars ($631, 200.00ECD).

All six males remain in the custody of the ONDCP as investigations continue into these matters. All the cannabis seized during these operations appear to have originated out of South America. The ONDCP remains committed in the fight against the illegal drug trade in Antigua and Barbuda.