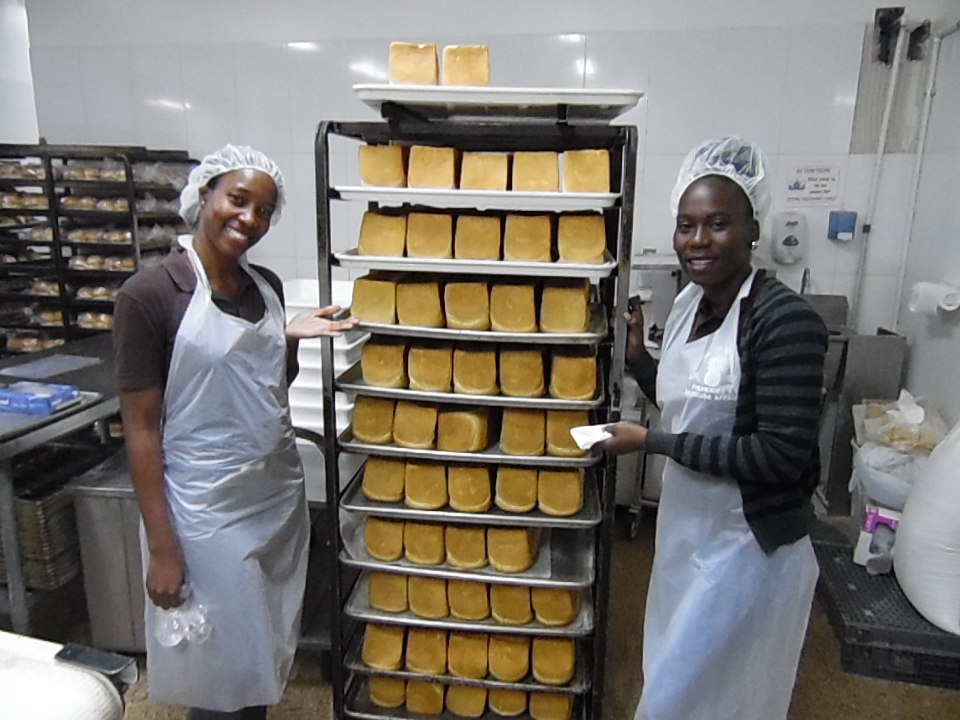 Extension Officer Sereno Benjamin said that although the cassava and sweet potato bread-making initiative has been done before, the added component of including a scientific taste test is critical to help determine the type of success the products will have on the local market.

The Random survey on the public’s response to the sweet potato and cassava bread making initiative is being conducted just outside Epicurean Supermarket by staff of the newly established Statistics, Research and Information Technology unit within the Ministry of Agriculture which is being headed by Dr. Michael Rickaille. Tomorrow is the last of this survey.

The freshly baked bread is said to becoming quite a hit as scores of persons sampled the commodities with an almost instant nod of approval.

Asked why these two crops were chosen, Mr. Benjamin explained that these produce have been top choices in bread-making among consumers in other Caribbean countries.

According to Benjamin, once householders are on board with these commodities, then the ministry is prepared to go into other alternatives.

Benjamin said that if this is a successful undertaking, just to replace forty (40) percent of wheat flour import, there would be need for a thousand acres of land to grow sweet potato and cassava, which would augur well for local farmers.

“So you could imagine how significant the impact would be if we go up to 50 – 60 percent displacement of wheat?  The landscape in Antigua will change in terms of agriculture and also, because you are doing value added, the value of the commodities would be better and you would be able to reduce the glut you would have at the public markets of these products.”

Mr. Benjamin thanked Brownie’s Bakery for playing a significant role in preparing some of the ingredients for the baking session and Jermaine Pelle who was representing the company, said that it would be interesting to see how consumers react to the sweet potato and cassava bread, as most have been accustomed to flour products. He however believes it is a leap in the right direction.