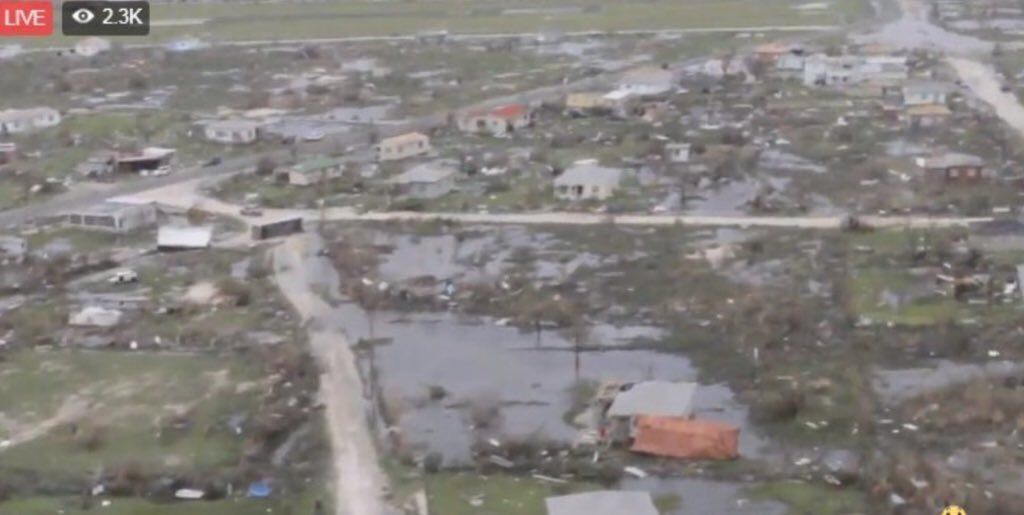 While Barbudans were given an abundance of bottled drinking water following the passage of Hurricane Irma, water for other household uses will be an issue and the pending health problems are a concern to officials here.

“By next week the health problems that are pending will start to manifest themselves,” Michael said.

There is the risk for a tremendous amount of mosquitoes to start to manifest on the island, and these insects carry with them diseases like dengue fever, Zika and yellow fever.

Michael noted that the distribution of clean bottled water to the residents significantly reduced the risk of waterborne diseases; however, there is some concern about the regular water supply.

“You have water to drink, yes, but water for other domestic and personal usage is going to be a significant challenge,” he added.

The water source, he said, has been significantly damaged and disrupted and there is no water production currently taking place on the 68 square miles, flat coral island.

Health officials have reported that quite a few animals lay dead across the island, and if this is not addressed soonest, the decaying animals will pose some health risks.

The chief health inspector said an enormous quantity of waste of all types has been generated as a result of the storm-some of which include construction waste, boards, galvanize, utility poles and wires, fridges, tables and stoves.

Michael said he has never seen “anything like that where cables and posts (are) just laying flat on the ground.”