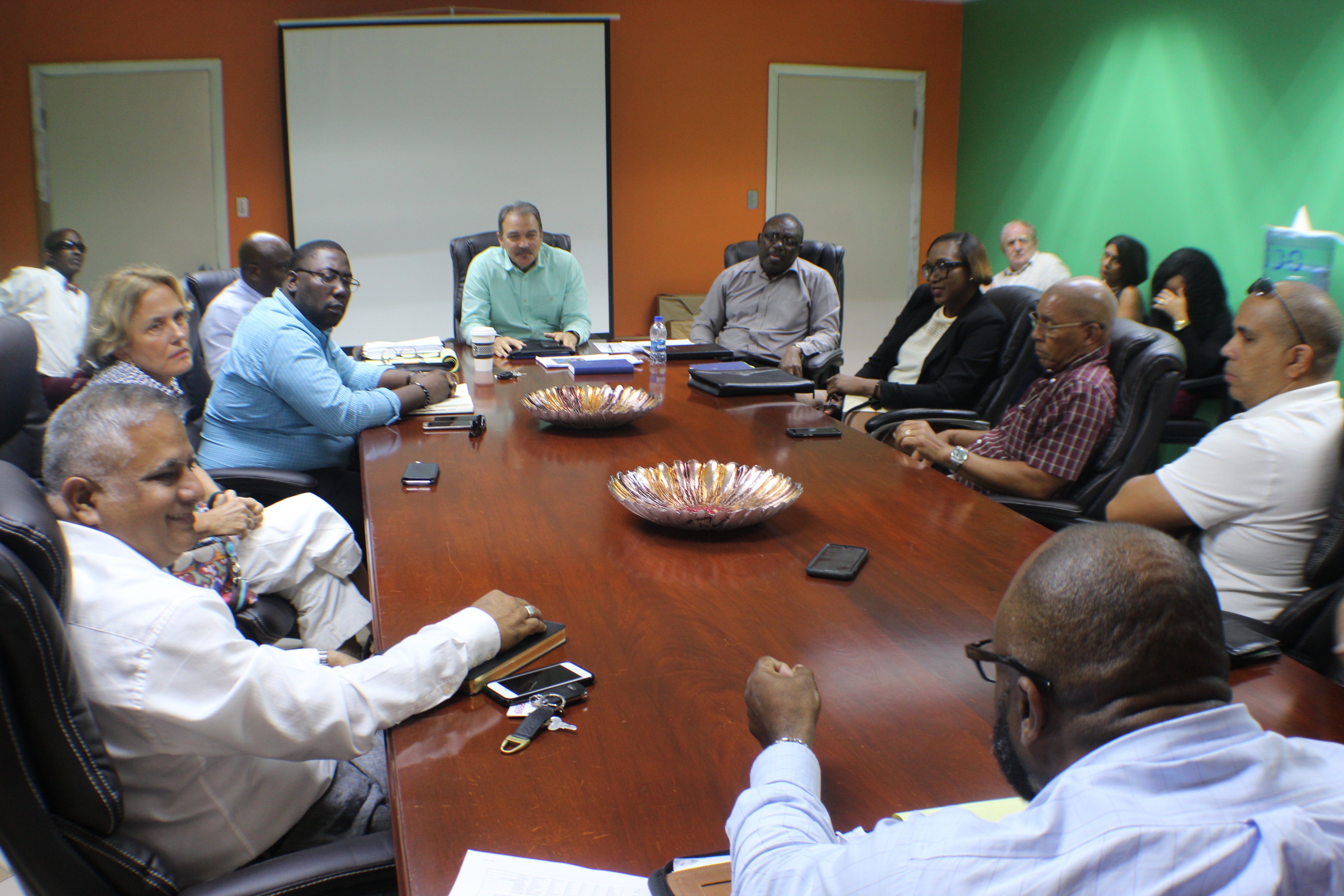 Minister of Tourism Charles Fernandez alongside Permanent Secretary Mr. Walter Christopher and the Acting of Tourism Mr. St. Clair Soleyn used the opportunity to allay concerns of displacement and loss of revenue as a result of the agreement based on misinformation being bandied about in sections of the local media.

Minister Fernandez assured the gathering that GPH will NOT own the cruise ship complex or shops that will be erected but will LEASE the property for 30 years. During that period all rent payments by the store owners will be made to GPH.

A guarantee that GPH would be able to increase visitor arrivals was also sought by the merchants and it was noted by PS Christopher that under the agreement a guarantee on head-tax for 600,000 (six hundred thousand) passengers is held by the Government. Further to this, success stories of GPH’s port management can be found in their Malta and Montenegro operations.

According to Minister Fernandez, “GPH currently manages cruise operations in Cuba which is one of the most sought-after ports of call in the Caribbean…this in itself is a major advantage for GPH when negotiating port calls to Antigua and Barbuda as the destination can be paired with Cuba as a part of GPH’s Caribbean offering.”

The Heritage Quay Merchants Association will be included in a series of stakeholder meetings to be held with the principals of Global Port Holdings Ltd who will be on island next week.