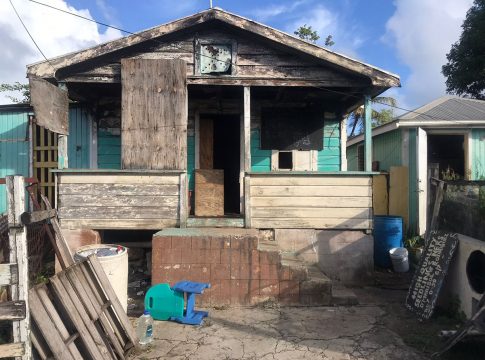 DAILY OBSERVER: “The best hands come from the hand that once needed a hand,” is the tagline for a newly formed non-profit organisation that has been working since March to assist single mothers and young children.

The Helping Hands Girls Club is made up of a core group of young volunteers who are using social media and other platforms to raise awareness of the plight of pregnant women and young children who are living in unfortunate circumstances due to unemployment and other factors.

The Group’s Founder, Rhonda Spencer, said she was motivated to form the club after seeing that the desires in the community were enormous, especially during the pandemic, and also on account of the fact that others have assisted her at some point when she was unable to make ends meet.

“I have had situations where people reached out to me for baby items and I took up what I had for my child to give to others, much to the annoyance of my husband, but while I am also struggling, I am still motivated to help,” Spencer said.

Over the past few months, the club has worked to solicit baby clothing for newborns 0-8 months, pampers, and others to donate to expecting mothers who are either unemployed or unable to fend for themselves.

Assistance is usually rendered after a need is identified through a club member or members of the community who reaches out to them via the different social media platforms.

Spencer shared that her team is now working to assist a single mother of four, and another on the way, who was referred to them.

The initial need was clothing and other necessities for the unborn child, but after that delivery was made, it was discovered that a more urgent need is housing for the family.

The woman, who hails from the Point community, is reportedly living in the ruins of a wooden structure that was destroyed by fire a few years ago.

She is unable to relocate because of financial challenges.

“If anybody has a building, even though it does not have electricity or water, please help. The only thing that remains in place in the house is the sideboards. The house was burnt five years ago and whatever the situation is with the father of the children she is receiving no help from him.

“We do not discriminate, we do not judge the situation a single mother is in, we do not even ask about the father of the children. The house does not have a door, and she has also called the Welfare Department to take the children as she is unable to provide for them,” Spencer.

The group’s founder said that while items that are collected and donated are published for transparency purposes, the names and identities of the recipients are not disclosed as many people have requested privacy out of fear they will be discriminated against.

“The gratitude that is shown by recipients will not be captured on camera, she was so happy to receive the items and was appreciative of the fact that I did not pass judgement. I did not ask her anything, the appreciation is genuine. The last time I came here and ask for help, these people received help. I need the assistance for this lady, and I am hoping and praying she could move out of that situation by Christmas,” Spencer said.