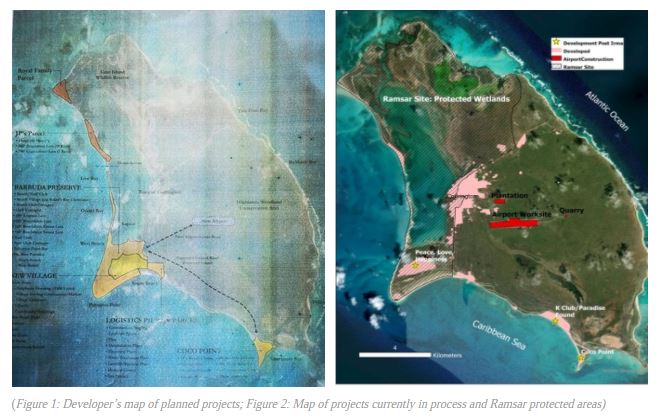 The Barbuda People’s Movement (BPM) electoral victory in local government elections on Monday will have little or no impact on the government’s commitment to further the development on the sister isle.

That is the assessment of Information Minister Melford Nicholas, commenting on the BPM’s clean sweep of the elections ahead of the candidates put forward by the Barbuda branch of the Antigua and Barbuda Labour Party (ABLP).

Nicholas confirmed that the elections were discussed at Wednesday’s Cabinet meeting with a general agreement that there will not be any change in course in regards to the government’s plans for the island.

“The general consensus at the Cabinet as far as the developmental thrust of the government is that the elections were inconsequential. We understand that the (outcome) is based on attitudes that have formed over time and which have hardened in more recent times,” he said.

He explained that the government has repeatedly made known its development priorities for the island. He added that he has been to Barbuda within the last month to oversee arrangements to have a land registry established on the island. While there, the minister reported that he has held discussions with the principals of the Barbuda Ocean Club which he anticipates will spur further development and commercial activities on Barbuda.

“We expect that by the end of the year, the airport will be completed; there will be an FBO service established to facilitate jet plane operations in and out of Codrington. The Antigua and Barbuda Airport Authority will have to staff the facilities there which, again, will spin-off economic benefits and opportunities that are not going to be Council-dependent,” he further explained.

Nicholas takes the view  that any development of Barbuda must start with the economic reality where there are over seven hundred employees of the Council depending on a subsidy from the Treasury.

“This is unsustainable!” he declared. The information minister indicated that the focus of the government is to ensure that development comes to Barbuda; that the standard of living for islanders improve and the people of the sister island feel included in the country’s economic imperatives.

“We are not going to persuade Barbudans with rhetoric; but we will persuade them over the longer term when they are able to see economic progress and that the island is not being marginalised. Each ministry also has an obligation to ensure its plans also include Barbuda going forward,” he stated.