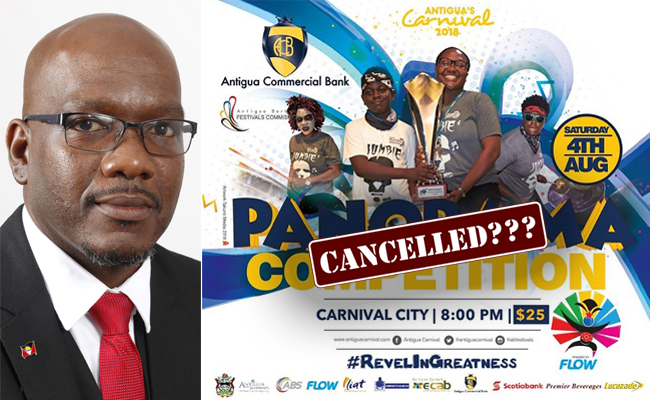 National Festivals Minister Daryll Matthew believes there may be some other reason for the boycott of panorama by the Pan Association other monies outstanding.

Matthew said that he first heard of the boycott in the news and via a WhatsApp message.

In a press release issued by the Pan Association, they indicated that, “Initial dialogue with the national Festivals Commission centered around both the outstanding payment of monies owed to the ABPA for carnival 2017 and some conditions of the carnival stage which were not particularly conducive to high-quality sound.”

The letter goes on to say that, “While the concerns that were raised about the stage are being presently addressed and alternative arrangements being considered, the lack of payment of outstanding monies has now become a major issue.”

The Minister indicated, however, that the balance owed to the association was paid in full by the end of business today.

“I am told by my chairman that the payment was, in fact, made earlier this afternoon and so I am really surprised that the issue for the purported pull-out and boycott of panorama this year is because of non-payment.”

The payment was made in two different installments consisting of $50,000 made early in the morning with the remaining $80,000 paid in the afternoon which settled the amount outstanding. 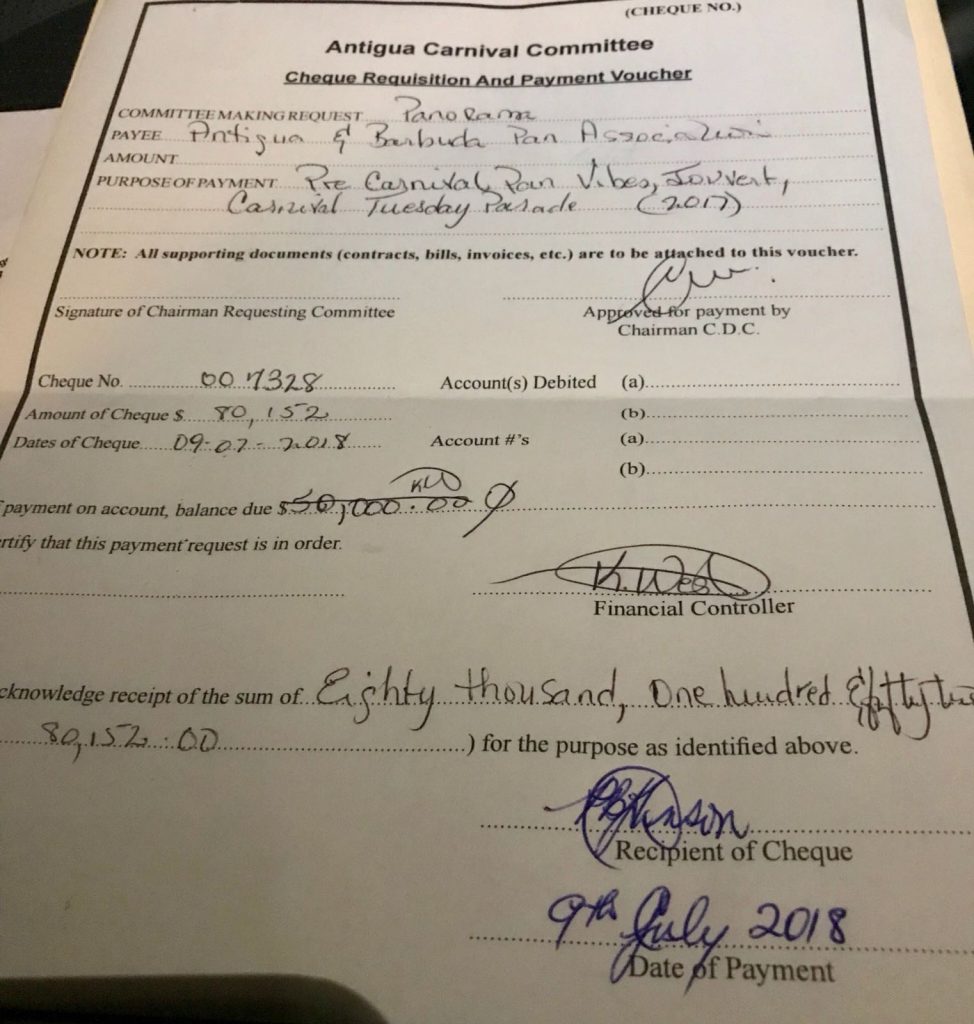 Despite receiving all monies owed yesterday, the association still stated that, “As a result of this non-payment of monies for 2017 owed to 8 panorama band, 5 of which still remain un-sponsored, regretfully, the Pan Association through its member bands have decided to refrain from participating in the 2018 national Panorama competition.”

“I can only assume there is something more to it than that,” the Minister said.

Matthew revealed that from his very first meeting, the association had been floating the idea of a boycott if their conditions were not met.

Several solutions to the issues presented were put forward by the Festivals Commission including, “Changing the night to the last night of the Carnival season… They said no. Changing the venue… They said no. We also suggested that they play on a small raised platform in the Recreation Grounds… They said no to that as well.”