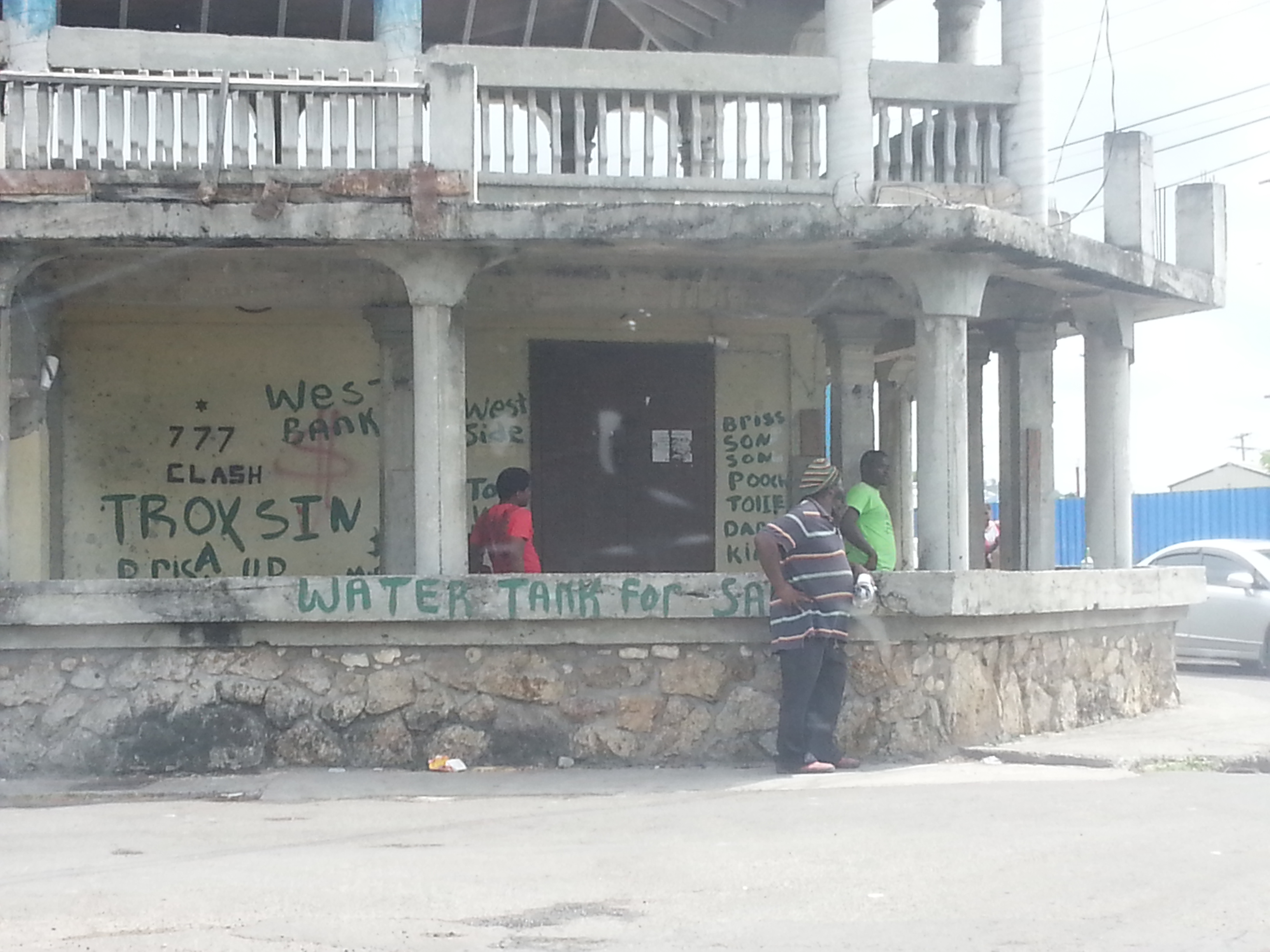 Seven months after a Chinese construction team began work on the so-called Knuckle block project, the only role for unemployed youth of Gray’s Farm, is as tacit onlookers.

The image is powerful, busy Chinese workers on one end of the street, and idle youth on the other.

When ground was broken for the indoor basketball court and community centre in October 2016, the authorities promised that the workforce will be split 60/40, Chinese to residents.

Member of Parliament for the area and former Prime Minister Baldwin Spencer said “it might not be time to engage local workers.”

He added, “clearly, we do have a challenge with employment among young people, especially in that area. It would help if they would engage young people.”

“Apart from providing jobs it also makes them feel proud that they would have labored on it,” Spencer said. 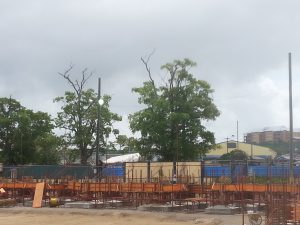 However, when Antigua News Room (ANR) visited the construction site today, only one local was being employed as a heavy equipment operator. There are dozens of Chinese workers employed there.

The facility is being constructed through grant funding of US $ 5 million from the Chinese government.

James ‘Tanny’ Rose who is an outspoken member of the community told a local radio station that its time the Gray’s Farm youth are employed.

He said had Phillip Shoul not been replaced as Ambassador to China, this would have already happened.

Upon completion of the 18-month project, the area will be renamed to King Obstinate Square after the legendary calypsonian.