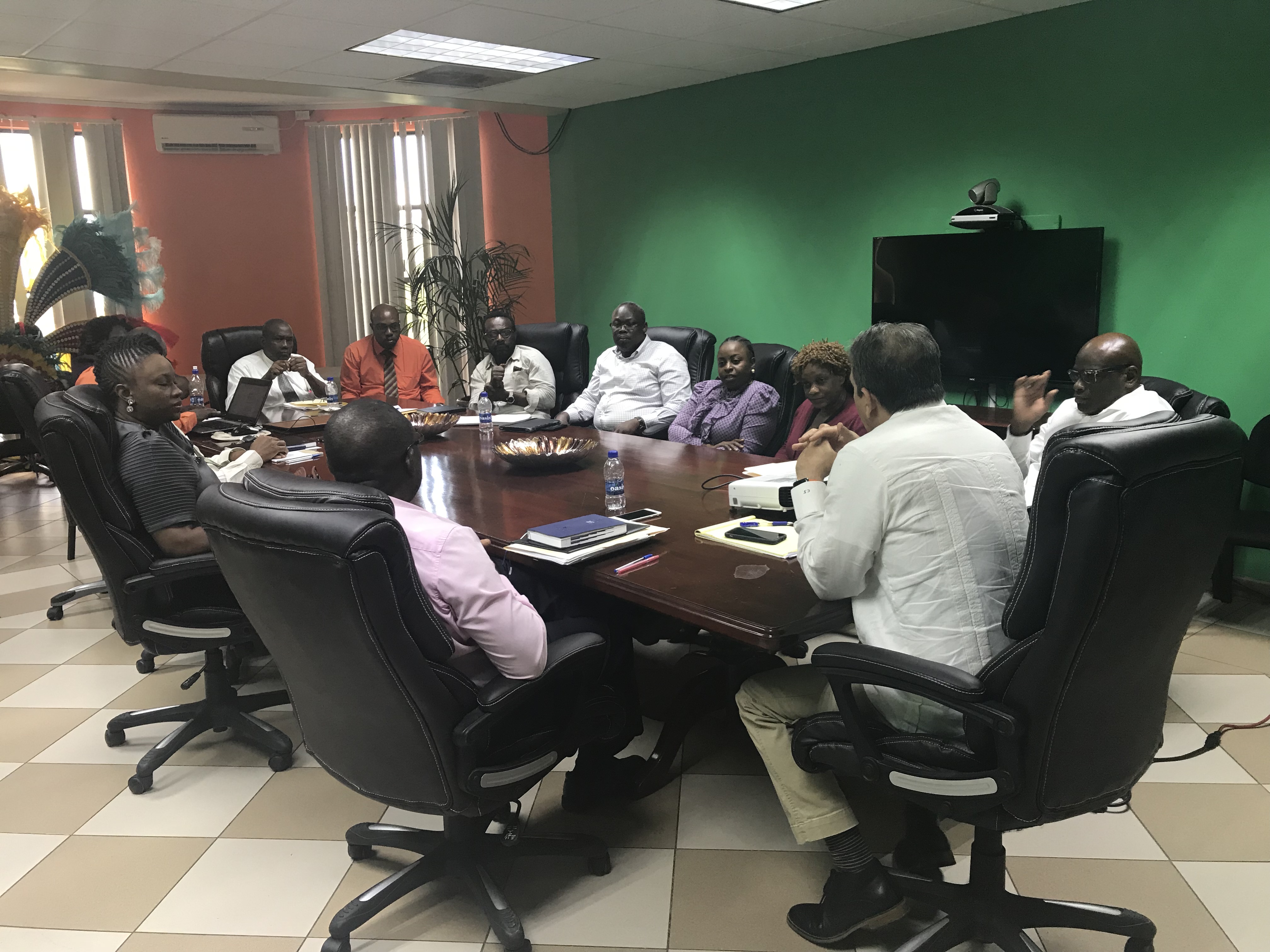 Minister of Tourism the Charles Fernandez, along with Permanent Secretary within the Ministry of Tourism and Investment, Mr. Walter Christopher yesterday (TUES) met with the bargaining agents and shop stewards, as well as select members of the board and staff of the St. John’s Development Corporation (SJDC).

According to the President of the Antigua Trades and Labour Union Mr. Wigley George, there is a need for clarity regarding the agreement and the tentative transition process as well as job security among the workers.

Minister Fernandez echoing the sentiments of Prime Minister the Hon. Gaston Browne during an official press conference last Tuesday stated unequivocally that “all workers will be protected and there will be NO RETRENCHMENT.”

The Tourism Minister who has responsibility for the SJDC noted during the meeting that his government was fully cognizant of the fact that the issue of job security would be of major concern to the 200 plus workers employed at the Corporation, however, the primary interest while negotiating the GPH deal has always been that of the workers and stakeholders.

“It was not feasible to include Unions or the management of the SJDC in the early stages of the negotiations as the process was dynamic, with parameters changing constantly”, stated Minister Fernandez.

All parties achieved consensus on the way forward being a thrust towards improving productivity and efficiency in all employee roles as the GPH deal presents opportunities for increased cruise passenger traffic as well as for transfers and promotions.

Training is a major prerequisite requested by the Government negotiating team and Global Ports is expected to invest heavily in the edification of all employees to achieve the improved product levels necessary for the Antiguan and Barbudan cruise industry to flourish.

There is a 120 days transition period prior to the full hand-over of the St. John’s cruise facility exclusive of Heritage Hotel, Newport Holdings, Downtown Development and the Vendors Mall to Global Port Holding with a steering committee formulated to oversee the deliverables during this time frame.

The Hon. Tourism Minister assured the Union Reps as well as SJDC staff and board members that Tuesday’s discussion was not final and that any issue or issues which may arise will be discussed in future forums.

Also present at the meeting was newly appointed acting Director of Policy and Planning for the Ministry of Tourism, Mr. St. Clair Soleyn as well as Chairman of Antigua Pier Group Mr. Saiid Greene.