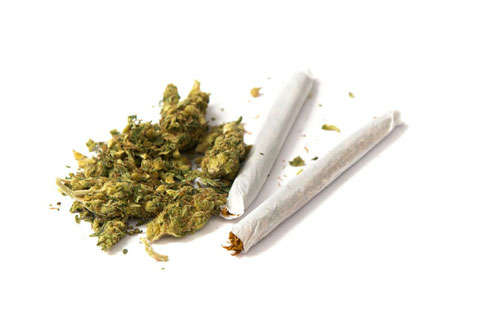 Only fines were imposed when four men were convicted on marijuana related offences in the St. John’s Magistrates Court yesterday.

But the men who were caught with weed over the long holiday weekend could go to jail if they fail to pay the fines.

Jermaine Tuitt of Cassada Gardens appeared before the Court, charged with Possession of 11 grams of Cannabis and Possession with intent to transfer.

He pleaded guilty to both charges and was convicted and fined $570 forthwith. Failure to pay, he will serve two months at Her Majesty’s Prison. Tuitt was arrested by officers attached to the Narcotics Department, who were on mobile patrol at Fort James on Labour Day.

On the other hand, Enoch Patrick Joseph of All Saints appeared before the Court charge with Possession of 18.8 grams of Cannabis.
He pleaded guilty and was convicted and fined $360 forthwith. In default, he will serve six weeks in Prison. He was arrested by officers attached to the Criminal Investigations Department (CID) on Market Street, on Labour Day.

Similarly, Karim Williams of Villa was convicted and ordered to pay $800 forthwith, or serve two months in prison, for Possession of 39.8 grams of Cannabis. The substance was found at his home, after (CID) officers executed Search Warrant on his premises on Monday 1st May.

Reneil Johnson of Cassada Gardens, who was charged with Possession of 27.5 grams of Cannabis and Possession with intent to transfer, pleaded guilty to both charges and was convicted and ordered to pay $1200 forthwith. If he fails to pay, he will serve three months at Her Majesty’s Prison.