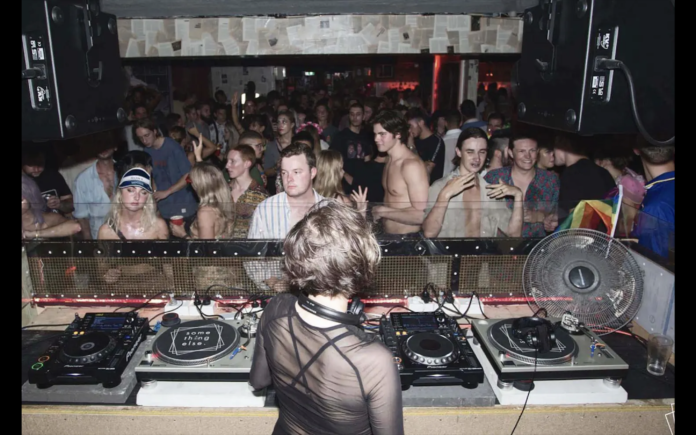 The days of checking someone out at a club are over.

An Australia nightclub said it will remove people who are caught staring at someone without that person’s consent.

Club 77 in Sydney included unwanted attention from strangers in its updated “zero-tolerance policy” on harassment.

The venue posted the woke update on its Instagram account, saying the club is “not a place to come to if your sole purpose is to ‘pick up.’ ”

“As a nightclub, we encourage you to interact with strangers, however any engagement MUST begin with verbal consent,” the statement read. “This also applies if you are, for example, staring at someone from afar.”

The club has hired designated “safety officers” — who will be wearing a pink hi-visibility vest — to handle complaints and concerns.

“If we receive reports of any behavior that has made someone feel uncomfortable, the reported individual will be removed from the venue and the police will be called,” the statement said.

Club 77 said in the statement it will “encourage feedback” — which patrons were quick to provide, with comments including “RIP to social interaction” and “not allowed to look at people now.”

“Never before has the term ‘go woke, go broke’ been more appropriate,” one wrote.

“I had to make sure this wasn’t the onion,” another person quipped.

“The stupidity of these rules will guarantee that the only patrons to attend this club will be the snowflake generation,” someone said.

“Don’t you have to stare at someone first to see them staring?” someone asked, pointing out the potential flaws in the new policy.

Club 77 says it’s striving to provide a safe space for clubgoers, and is “committed to developing and nurturing a strong culture of consent.”