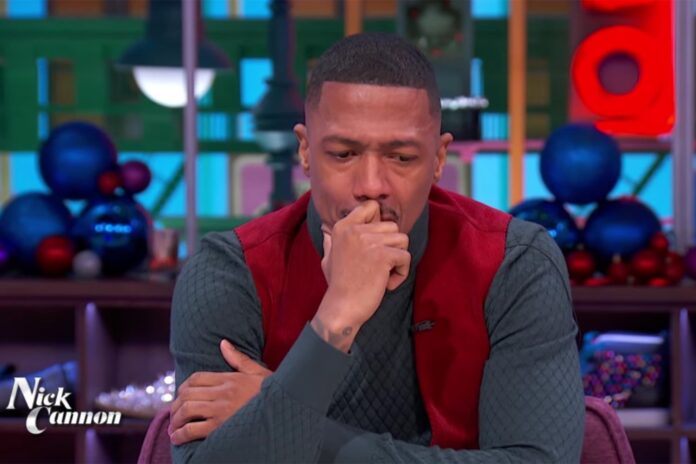 Nick Cannon’s son Zen has died from brain cancer. He was 5 months old.

The “Masked Singer” host announced the devastating news on his eponymous talk show Tuesday morning, breaking down in tears as he detailed his son’s private health battle with hydrocephalus and a tumor.

“I always noticed he had a cough … and so I wanted to check it out,” Cannon, 41, explained. “He always had this real interesting breathing, and then by the time he was 2 months old, I noticed … he had a nice-sized head — I call it a Cannon head.

“We didn’t think anything about it … but I really wanted to take him to the doctor for the breathing and to get his sinuses checked out. We thought it would be a routine process.”

Cannon and Alyssa Scott welcomed Zen in July. The family learned that Zen — who was Cannon’s seventh child — had been building up fluid in his brain that turned out to be a malignant tumor.

Baby Zen underwent surgery to have a shunt put in to drain the fluid. Unfortunately, the tot’s health took a turn near Thanksgiving, so Cannon flew out to Los Angeles to be with Zen and Scott.

“This weekend I made a valid effort to spend the most quality time I could spend with Zen. We woke up on Sunday … and [went] to the ocean … and then I had to fly back to New York for the show,” he shared, breaking down in tears. “By the time I got in the car and was headed to the airport, I had to turn around.”

Cannon then tearfully shared that he held his son for the last time on Sunday.

“You can’t heal until you feel,” he told the audience, adding that he’s at work so soon after because it serves as a distraction.

He called the episode a “celebration of life” for Zen.

After Cannon shared the news with his viewers, Alyssa shared a photo of Zen in her arms lying with his eyes closed on her Instagram Story.