In the release, the ABNA said the public health system was compromised “due to the clandestine actions of the Country’s Leadership along with “Wealthy” members of the Public, who were allowed to bring in their own vaccine to vaccinate themselves.”

In the same document, the ABNA said that it “demands that the highest efficacy vaccine be made available to the nursing health workforce and will refuse as frontline workers to take the vaccine with least efficacy and which still remains questionable world-wide.”

Prime Minister Gaston Browne called the press release irresponsible when he addressed the matter in parliament on Friday.

On Monday, the Information Minister said Cabinet “would have had an engagement with the president of the nurses association and other members of the nursing fraternity” regarding the publication.

He said the association indicated that subsequent to publishing the release, it came across a “publication from the World Health Organization that they are indeed endorsing the use of the AstraZeneca vaccines.”

He said the nurses association President Nurse Soria Dupie-Winston “has accordingly, indicated to the Cabinet that she is prepared to take the discussion that we have had with her back to her executive along with the new information that she has uncovered from the World Health Organization.” 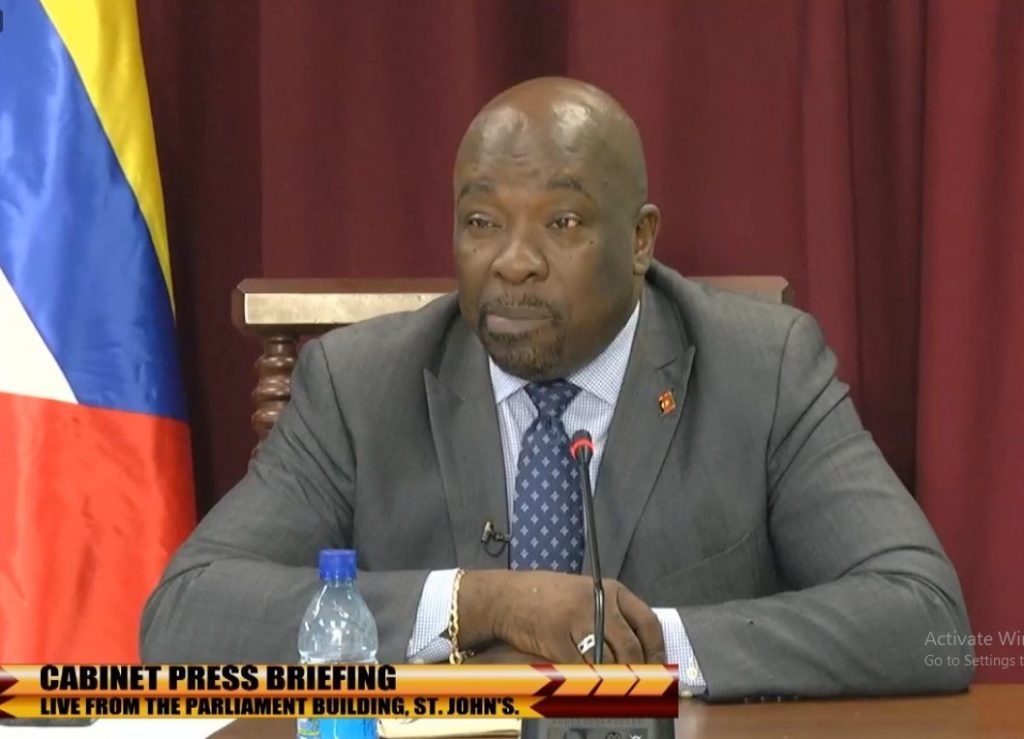 “We’re expecting a further public statement from the nurses association in the coming days or coming hours perhaps.”

“The Prime Minister did indicate that, look, notwithstanding, whatever issues may have been associated with him taking the Moderna vaccine, that that should be treated as a separate matter,” Nicholas said.

He said the Prime Minister “does not mind the public examination of what he would have done in that respect but he wanted the general public, the health of the general public to be the prime concern for all concern.”

“Today’s meeting took that approach, so I’m happy to indicate that we have an opportunity to commence the vaccination program starting on Wednesday”, Nicholas concluded.