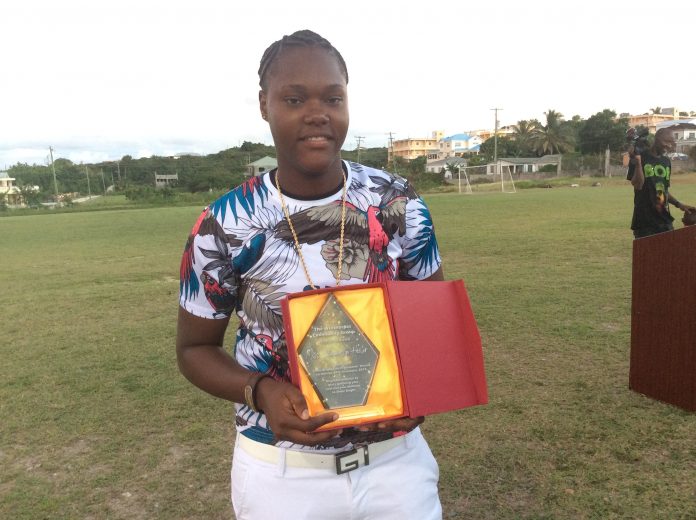 The history making Shawnisha Hector was the center of attention on Sunday as she was showered with gifts and words of congratulations during a major recognition ceremony at her community play-field in New Winthorpes.
In October 2019, Hector was named in the West Indies’ squad for their series against India and became the first Antiguan female cricketer to be selected for the West Indies team. She made her Women’s One Day International (WODI) debut for the West Indies against India on 1 November 2019.
On December 29th, the New Winthorpes Community Group, led by President Jermaine Kentish awarded her with the inaugural “Shine Bright Like a Diamond” Plaque, a monetary prize as well as a bottle of wine. 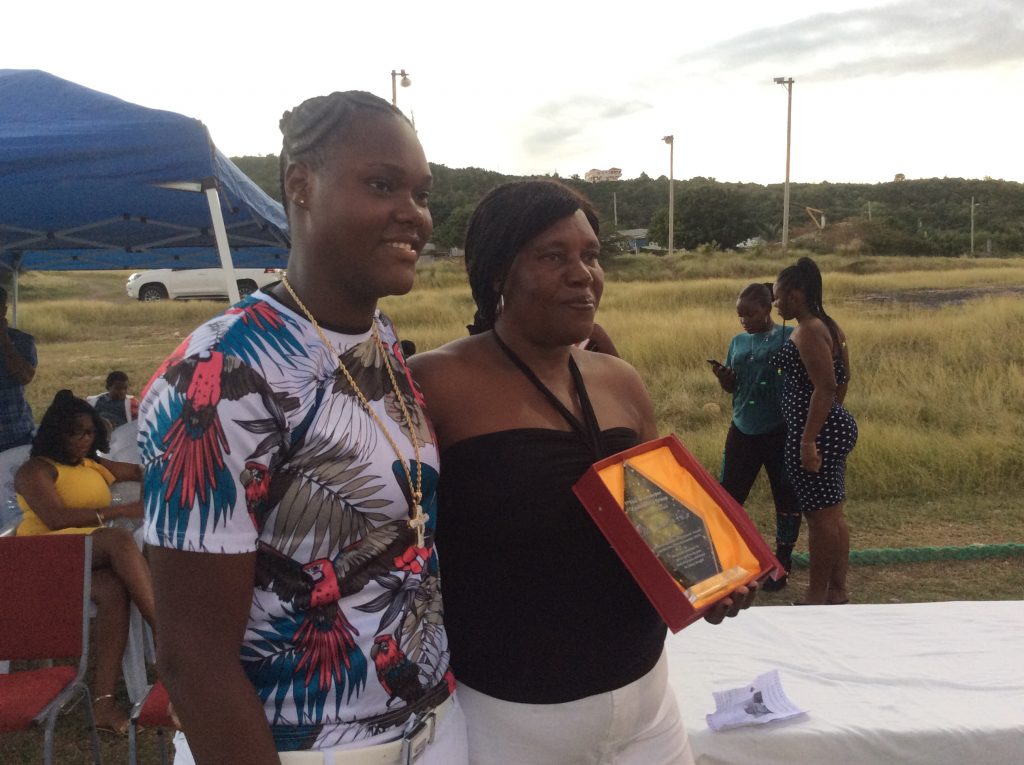 During the ceremony, the gathering heard from Sports Minister, Daryl Matthew, MP for the area-Dean Jonas and President of the Antigua and Barbuda Cricket Association, Leon “Kuma” Rodney who was the feature guest speaker.
Among the crowd as well were Cricket Operations Manager-Vernon A Springer from the Leeward Island Cricket Board and former West Indies player-Sylvester “Bouncing” Joseph.
The event was sponsored by Darrel George of Total Imports, George Piggot, Glenroy Jarvis, Sugars Delights and Aegan’s Auto bodyworks 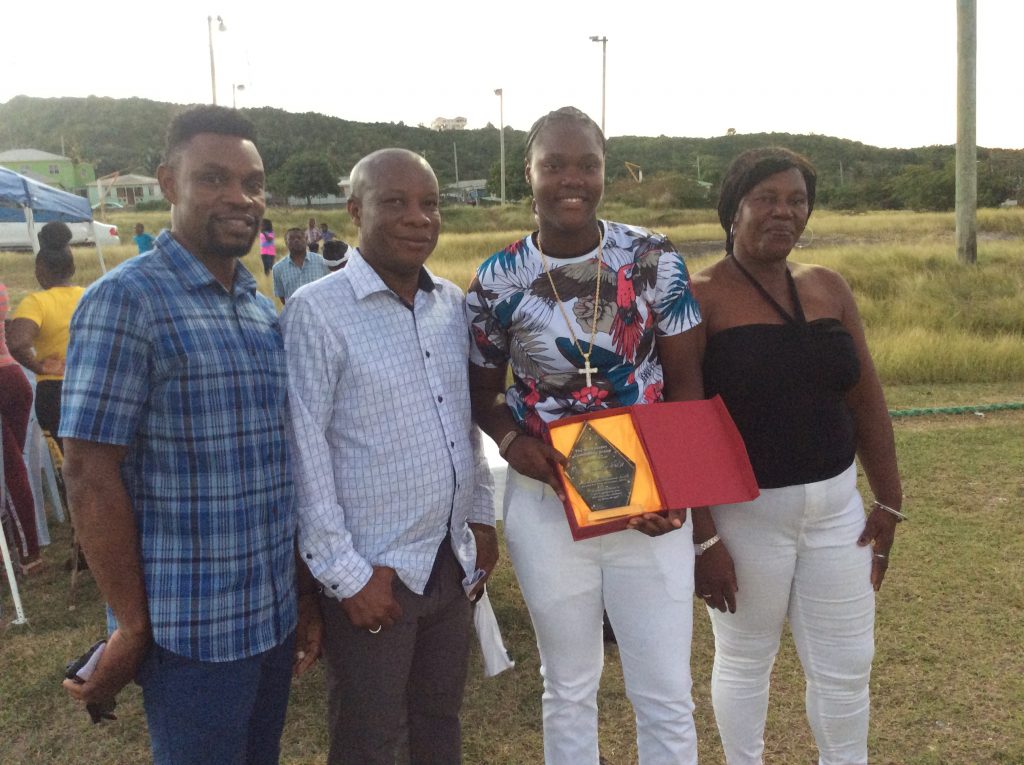