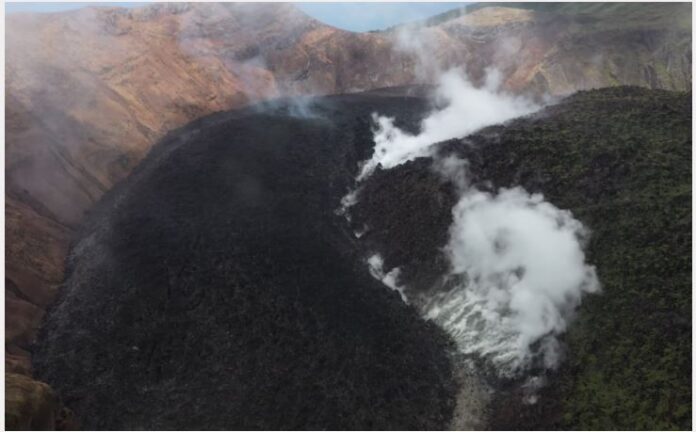 A new swarm of Volcano-Tectonic (VT) earthquakes began at the La Soufrière Volcano at 6:38 am today.

The numbers and magnitudes of these earthquakes increased until about 8:30 am,
after which they continued at a fairly steady rate.

This swarm of Volcano-Tectonic earthquakes have been located at a depth around 6 km below the summit of La Soufrière.

This is slightly deeper than the Volcano-Tectonic earthquake activities recorded between the 22nd and 25th of March, 2021, which were located at depths from 3 to 5 km below the summit.

The largest Volcano-Tectonic earthquake occurred at 9:20 am with a magnitude of 3.5 and was felt by residents living close to the volcano. Other VT earthquakes may have also been felt.

The alert level remains at Orange. The National Emergency Management Organisation is reminding the public that no evacuation order or notice has been issued.

The National Emergency Management Organisation (NEMO) is also encouraging residents especially persons living in communities close to the volcano to be prepared in the event that it becomes necessary to evacuate at short notice.