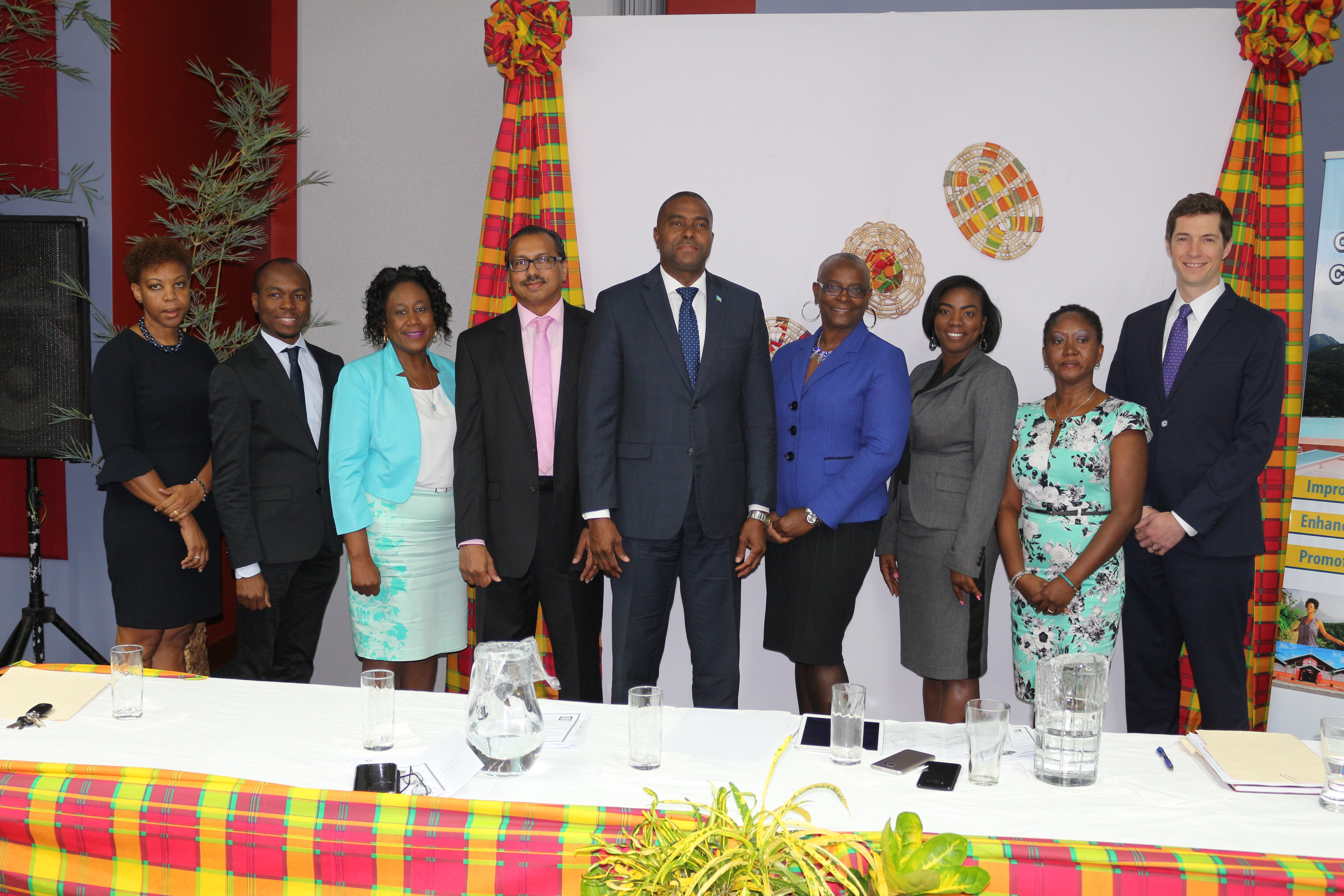 Sections of the capital city of Castries should expect a facelift, as one part of a new tourism enhancement project funded by the World Bank.

The official launch of the project took place in Saint Lucia, last week, before a gathering of 70 persons.

Speaking at the event, Honourable Dominic Fedee, Saint Lucia’s Minister in the Office of the Prime Minister with responsibility for Tourism, Information and Broadcasting, welcomed the regional approach to the project, stating that there was no need to “behave as if we are involved in a race for the lowest.

We can surely achieve more sustainability in tourism when we combine our efforts together as a region.” 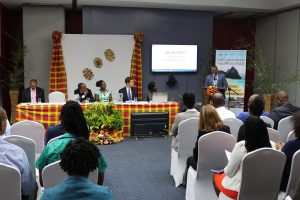 While applauding the efforts of the Departments of Tourism and Economic Development, in conceptualising this project, the Minister emphasised the need to support local entrepreneurs as part of the new tourism project, advocating that the project must as far as possible ensure that the opportunities and benefits from it, touch the whole of Saint Lucia, as part of fulfilling efforts to promote the island’s
offerings as one destination.

“This launch will mean nothing if when the project comes to an end, the
vendors are still in the same situation, or community opportunities have not been extracted, or local entrepreneurs and producers of local products have not been given a boost,” the Minister noted.

He called on all relevant stakeholders to ensure that the project is given the impetus it deserves so that it is successfully implemented, with multiplier effects for all service providers. We need to manage tourism
“socially, culturally, and economically”, he added and understand that “tourism is a business”, in order for us to optimize the full range of revenue generating opportunities it presents. 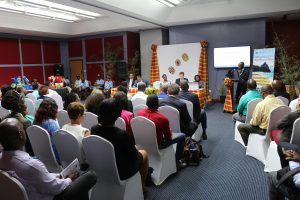 In his address, Minister Joseph stressed that a country approach is the best way to successfully implement the Project. “Our approach to
competitiveness in the tourism industry is more than just spending the 15 million US Dollars. All of us can make it work, and just one of us can cause it to fail”, he submitted.

“Money is not the only solution to the problems that we have in this country. I think the attitude and the approach towards what we do as
a country, and as a people, is just as important, as the funds that we are receiving from the World Bank,” the Acting Prime Minister added.

Noting the emphasis the project places on infrastructural development, the Minister recognized that achieving competitiveness was more than just physical works, “it is also about improving the immigration process, providing more business for the taxi drivers, reducing the issues at the market, and increasing opportunities for the accommodation sector – these are all important in making this project work”.

In addition, he said, “we need to create an authentic Saint Lucia Products Avenue – an avenue that is 100% Saint Lucian, selling food, drinks, and products that are Made In Saint Lucia, because “only when we offer the right things in Saint Lucia, will the cruise ship passengers come down from the ship”. 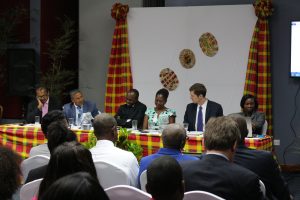 Speaking on behalf of the World Bank, Senior Economist and Task Team Leader for the Project, Mr John Anderson outlined the importance of the project to tourism development in the three islands. He said “the
WBG invests heavily in the tourism sector – with a substantial portfolio of lending, technical assistance, and investments totaling nearly $4 billion USD globally – of which the OECS Regional Tourism Competitiveness Project is an important part”.

For the Saint Lucia side of the Project, Anderson noted that the World Bank supports the vision that a more resilient economy can be achieved through a more competitive tourism sector.

He illustrated by explaining that “the historic downtown Castries [for example], has potential to be a signature destination
to attract more of cruise visitors or yachting tourists and integrate them into the local economy and culture – but significant upgrades and improved planning are needed to take advantage of this potential”.

He noted that the new project will provide opportunities to strengthen and diversify the tourism offerings and the linkages between them, adding that it is possible for the island to “tap into higher-spending market segments that increase tourism revenue spent domestically; create more space for new private investment in the tourism sector, and increase linkages between tourism segments such as between cruise and yacht passengers, culture and tourism, …and agriculture and tourism.”

The OECS Regional Tourism Competitiveness Project is focused on enhancing the competitiveness of Tourism in the region, by (i) facilitating movement of tourists between the participating countries using
ferries; (ii) improving selected tourism sites and (iii) strengthening capacity for regional tourism market development.

This will ultimately contribute to improving the competitiveness and sustainability of the
sector.