The Fire Department adjusted its fire response procedures following a fire that destroyed a wooden home in Glanvilles on September 21.

The fire truck from All Saints Fire Station that responded to the blaze reportedly had a capacity of fewer than 400 gallons.

The homeowner said it was devastating to watch her home burn when firefighters left the scene to refill the truck after it ran out of water while they battled the blaze.

“It is not ideal, the size of the trucks, the capacity that they carry”, Fire Chief Elvis Weaver said at a press conference on Friday. He explained that when the trucks were purchased, “it was the best, I believe at the time that the government could have done.”

“There was some mix-up, I must say, with the fire in Glanvilles because we have a truck at St. John’s that carries at least 2500 gallons of water”, Weaver said.

He said St. John’s Fire Station was called and  “they should have responded to backup All Saints but it took them a while.

The Fire Chief said since the incident, new procedures were established to prevent a similar occurrence.

“We just had a meeting on Tuesday, we have put things in place that whenever there’s a fire in Johnson’s Point or All Saints that St. John’s will be responding right away, too, with them, just in case that they need the backup”, the Fire Chief revealed.

“Ideally, we would love to have trucks that carry at least 1000 gallons of water and we are working with the government to try and acquire those”, he added. 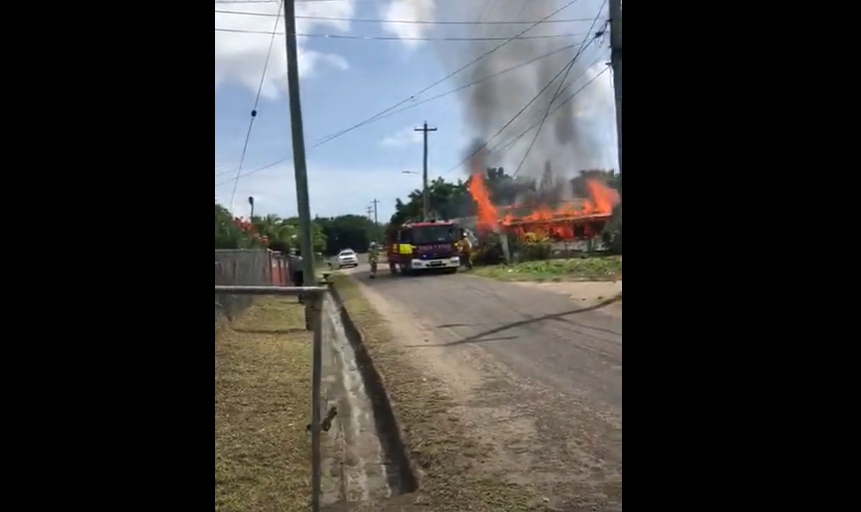