The Antigua and Barbuda government has confirmed that negotiations with Barbados to become the majority shareholder in the cash-strapped regional airline, LIAT, “have been put on hold”.

Antigua and Barbuda is seeking to become the largest shareholder government of the airline and is in negotiations with Barbados to acquire most of that country’s shareholding in the Antigua-based airline. The other shareholders are Dominica, St Vincent and the Grenadines and Grenada. 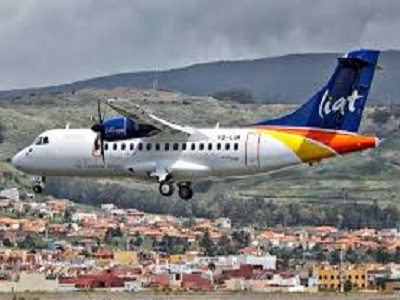 Antigua and Barbuda currently holds 34 per cent of the shares and if it succeeds in convincing Bridgetown to part with its LIAT shares, would have 81 per cent of the airline that employs over 600 people and operates 491 flights weekly across 15 destinations.

St John’s said it would seek to acquire the LIAT shares owned by Barbados through a take-over of the liability of Barbados to the Caribbean Development Bank (CDB). The island said the aim was to finance keeping the three planes owned by the CDB, since Barbados was prepared to sell them.

According to a statement issued after the weekly Cabinet meeting here, the current position on the negotiations had been discussed.

“Those negotiations have been put on hold by a number of events in both Antigua and Barbados, and by the counter-offer made by the selling state which Antigua has rejected. No date for the re-start of negotiations has yet been set,” the brief statement noted giving no indications as to what are the “events” holding up the talks.

In July, Prime Minister Gaston Browne said that the US$44 million price Barbados was asking for its LIAT shares was too steep, insisting that while his government wanted a bigger stake in the regional airline, it had no intention of “giving away money”.

“I understand mathematics and I understand percentages, and I also understand value for money. So if we were to settle at US$44 million, that would be a steal for Barbados, and we are not in the process of giving away money.

“We are in the process of creating value and to get fair value for the people of Antigua and Barbuda, so as far as I am concerned – and I have said this to the Prime Minister of Barbados (Mia Motrley) because she knows my thinking – discussions cannot start at US$44 million. She knows my position and has since come down,” he said then.

Bridgetown has said that it does not conduct negotiations in the public domain and has refrained from making public statements on the issue.