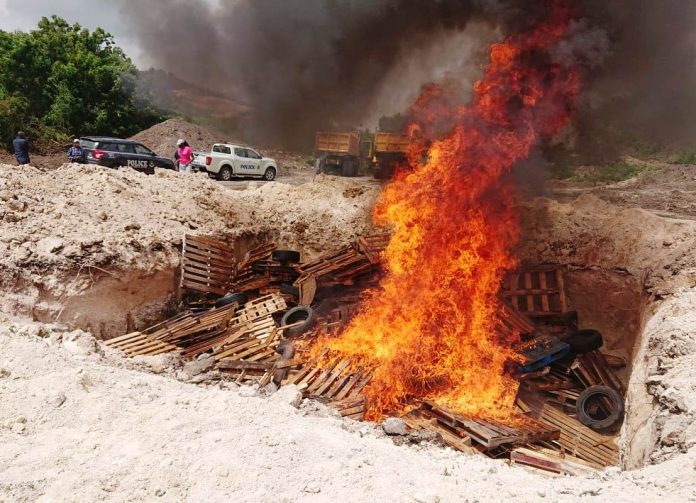 A total of Three Million, Three Hundred and Sixty-four Thousand; Two Hundred and Eighty Dollars and Fifty Cents worth of illegal drugs was destroyed by the police, during a Destruction Exercise at the Burma Quarry, on Friday 28th August. 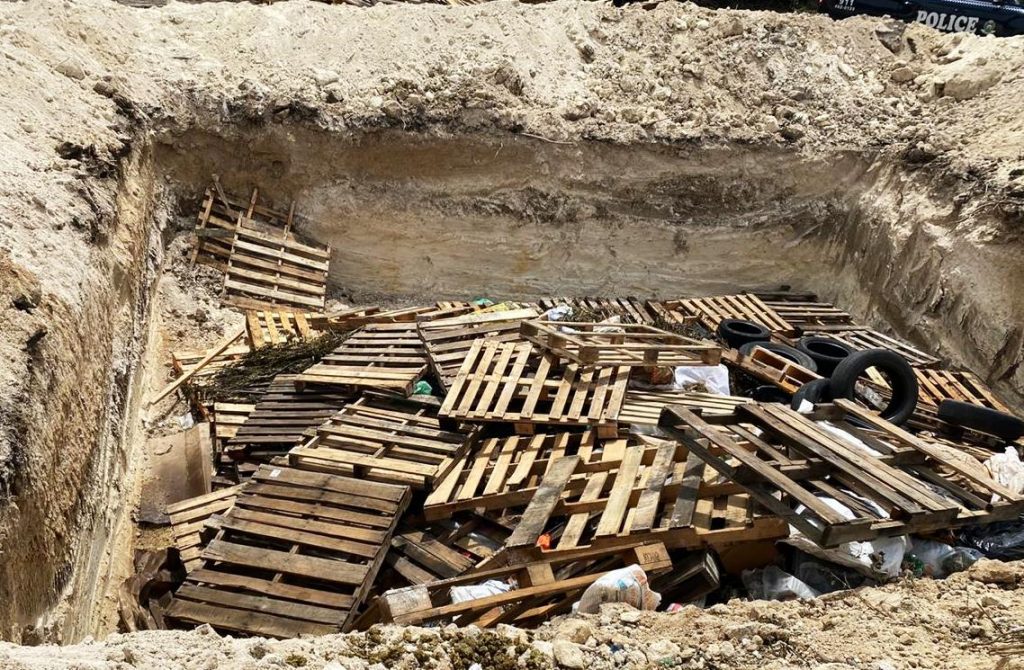 These are substances which resulted from cases disposed of in the Magistrate’s Court, as well as seizures made by Police and Customs.

Chief Magistrate, Joanne Walsh was among other court officials present to witness the destruction. This was the first major drugs destruction done for the year.