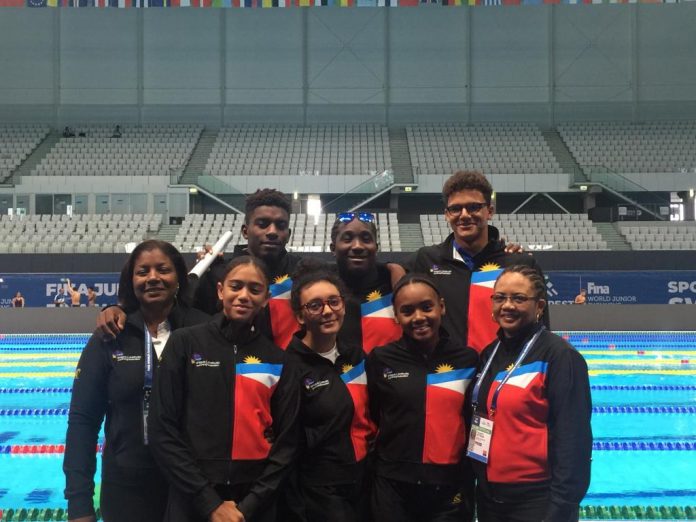 A five member team has just concluded representing Antigua and Barbuda at the 2019 World Junior Swimming Championships in Budapest Hungary. Over 800 athletes from one hundred and twenty six countries represented their flags at this staging of the Championships. This 7th edition of the Junior Worlds ran from the 20 th to the 25 th of August. Making up the contingent representing Antigua and Barbuda were Angelique Gittens, Chelsie Winter, Arianna John, Diallo Marshall and Jadon Wuilliez, Terrell Bruno (coach), Annmaria Marshall (Team Manager) and Cleopatra Gittens (Chaperon).

Two new national Long Course records were set. Chelsie Winter set the new National mark in the Womens 100 Backstroke with a time of 1:12.80 and Jadon Wuilliez broke his previous National Age Group record in the Mens 200 Individual Medley by four second with a time of 2:15.88. There were also Personal best times set by all swimmers. 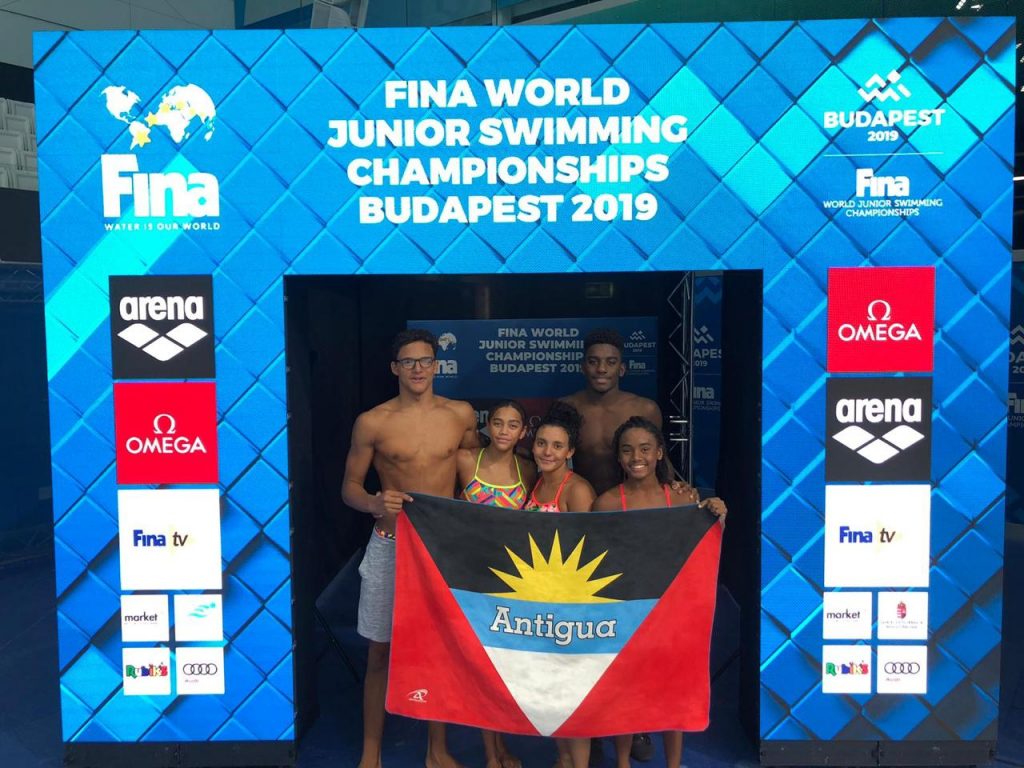 Head Coach Terrell Bruno pointed out that there was “continued improvement by all the swimmers in their individual events. The swimmers worked hard, maintained their focus and delivered great results. I was happy to see the steady improvement daily as the Championships progress.

Team Manager Annmaria Marshall expressed delight at the performance of the team. “The swimmers represented their country well…”

Next up on the swimming calendar for the ABSF will be the Club Invitational from October 18th to the 20th 2019.